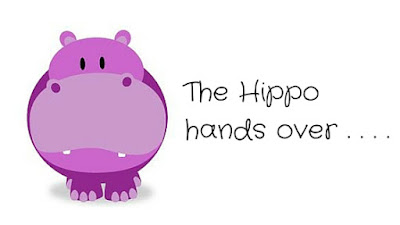 I'm so excited to be handing over The Hippo to Ali Gunn today. I recently finished reading Ali's debut novel The Career Killer (my review will be done VERY soon Ali, I promise!) and I can assure you it's DEFINITELY worth reading! Here's the cover and the blurb to entice you. 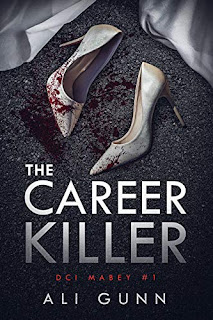 When young women are clinically executed and posed in tourist hotspots around London without a single witness, the case ought to go to a detective with decades of experience investigating serial murder.

Instead, newbie DCI Elsie Mabey lands the case, bringing with her a ragtag team of misfits and rejects. Rather than the Met’s finest, they’re the “not quite fired” of London policing.

She faces an impossible task: finding an invisible killer while fighting her own invisible illness.

That leaves just one thing left for me to do and that is of course the formal introduction. 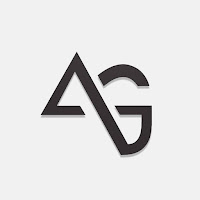 The characters in Ali’s books are the kind of strong, fearless women that every girl dreams of growing up to be.

Before becoming an author, Ali was a forensics specialist turned publishing nerd. The first DCI Elsie Mabey novel, The Career Killer, is out now.

To find out more, visit GunnCrime.com 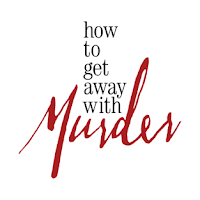 The actual act of killing is, after all, pretty straightforward (though how a murderer kills and their odds of avoiding jail have a complicated relationship as we’ll soon see).

Firstly, I’m going to run through a quick summary of why killers kill. Generally, motive fits into one of five broad categories:

Lust – towards the victim, towards someone the victim has or covets

Loathing – of an individual, of a group

We could break this down yet further but this is enough for our purposes. We know that people kill for all sorts of reasons. This is important because why someone kills affects how they kill. All unplanned murders (e.g. a fit of rage or jealousy, being high on drugs or suffering from mental illness) are likely to leave a lot of physical evidence. Remember Locard’s exchange principle: every contact leaves a trace.

On the other hand, premeditated murder runs the whole gauntlet from ‘bought a knife, stabbed someone’ right up to the most complex and convoluted plans known to man. The latter are, of course, the most interesting to read and write about.

Here are the best ways to avoid winding up in prison:

Don’t commit murder at all. This sounds like cheating but imagine, instead of killing someone, you simply convince them to kill themselves. For a cracking sample, check out Linwood Barclay’s A Noise Downstairs. Side note, this is also what my lawyers tell me I have to tell you all. Murder is bad. Don’t. Ta muchly. But if you wanted to know how, just in theory of course, read on…

Have someone else do it. This could be a simple hitman story (but watch out for how you pay – the cops will spot that ten-grand coming out of your account!) or a more elaborate murder-swap ruse a la Strangers on a Train by Patricia Highsmith (and as adapted by Alfred Hitchcock). 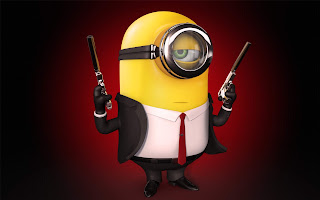 Have the body go missing, never to be found. Sounds easy, hard in practice. Think Lord Lucan. If there’s no body, it’s hard to get a conviction (though not impossible). This might involve dumping the body at sea, having it eaten by pigs, or thrown in a crematorium’s incinerator.

Have the body found, convince the police you didn’t do it. The most basic option here is the alibi. A bribe might work too. But you could just be smarter than the cops. Got any ideas? Leave a comment and I’ll shamelessly nick it for my next book. Convince the Crown Prosecution Service you didn’t do it. This is a bit more nuanced. The police might be convinced but prosecutors won’t risk their reputation on a shoddy case. If you’d managed to go all Dexter and leave little in the way of physical evidence (or you’re a chimera https://en.wikipedia.org/wiki/Chimera_(genetics)) then this might do the trick.

Convince a jury you didn’t do it. This might be a scapegoat, a paid fall guy, plausible deniability, a handy twin, bribing or flirting with a juror, hiring the best lawyer in town, or just putting on a brave face. Reasonable doubt is a nebulous beast after all.

Be insane, an “automaton”, part of a suicide pact or other legal defence. There are, in the UK at least, a bunch of legal defences that reduce your culpability and may result in a reduced charge or time in Broadmoor instead of jail (hey, I know psychiatric institutions aren’t much better but I only promised you’d avoid jail, right?). 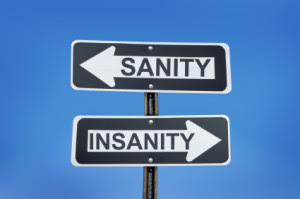 But these are just the circumstances in which you get away with it. The actual murder has to come first. We now know why you might want to off someone (and it’s not just because Derek from accounting won’t stop droning on about World of Warcraft) and we know which circumstances might avoid hard jail time.

The physical act is the simple bit. It’s usually one of the following:

Shooting. Not so big in the UK as in the USA because we don’t generally have easy access to guns but this is the ultimate point and click way to kill someone. 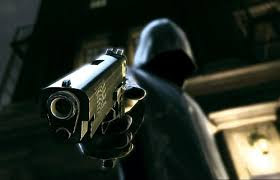 Stabbing. We do however have lots of dodgy knives (especially in East London – thank God I don’t live there!). 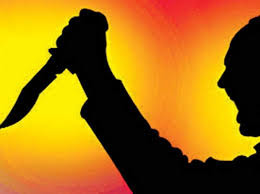 Strangulation (or smothering). When weapons aren’t around, why not get your hands dirty? Not got the strength? A pillow is always popular. Pop it on their face, have a seat, wait for your victim to snuff it.

Whack ‘em with something hard. When all you’ve got is a hammer, everything looks like it needs a hammer. In this case, you’d be right. Give it a whack, hope you don’t get too much blood on the carpet (side note – oxidising bleach is what you want there; not the regular stuff).

Use your fists. If you’re a big strapping lad, you’ve probably got guns for arms. Use ‘em.

Burning. Bit messed up this one, isn’t it? Lots of collateral damage. But if you’re a psychopath with a lighter and your victim lives in a wooden home, you’ll get on like a house on fire.

Poison. Now we’re talking. No mess, no fuss, you don’t have to be there when it happens. Double points if you can make use of a pre-existing medical condition so it looks like an accident. Just don’t Google for options on your own computer, eh?

The how you commit the murder is vital. If you’re caught buying fertiliser and then your victim’s home blows up, you’re going to get some awkward questions thrown your way. If its poison, chances are the police will assume you’re a woman (yep, murder is seriously sexist; subvert that rubbish ladies and beat your vic to death like a man).

Of course, it all comes down to means. You need to be one step ahead of the world. Run a gun store? Probably best not to shoot someone (that goes double for using your own gun). Got a degree in medicine? Go back to basics.

We can’t all stick our victims in concrete boots, throw them overboard off our private yacht, or have the butler do it. But, with a bit of thought, I’m sure there are some cracking ideas out there.
If you’ve got one, leave it in the comments. Or email me it (it makes stealing easier, okay? I’m a lazy crime novelist). And if you don’t have any ideas, why not pick up a few crime novels? Start with mine, god knows I need the cash. In The Career Killer, there’s a serial murderer dropping victims in London’s tourist hotspots without being seen by a single soul. Want to know how? Read the damned book! 😊

Thanks for that masterclass in murder Ali! It's been an absolute pleasure to hand over to you today, although I must admit to being ever so slightly scared of you after reading this post. 😱

If you want to find out more and connect with Ali to exchange hints, tips and ideas you can use the links below: