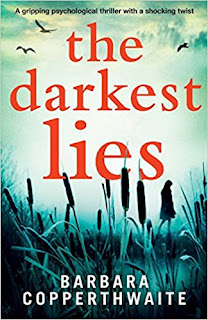 Welcome to my stop on the blog tour for The Darkest Lies. I'm a huge fan of Barbara's books so I was thrilled to be asked to be a part of the tour.

Melanie Oak lives in a rural village with her husband Jacob, their  teenage daughter Beth and dog Wiggins. They have a perfect life until one day, the unimaginable happens, Beth goes missing and is found, barely alive on the nearby marshes.

Living in such a tight-knit community, Melanie is convinced that someone must know who did this or at least saw something but no-one has anything helpful to tell the police. Feeling frustrated with the way the police investigation is going she takes it upon herself to question everyone and it doesn't take her long to start pointing the finger of suspicion at a number of locals.

Consumed with guilt and grief Melanie is doing more harm than good and then an old childhood friend returns to the village, but despite his help her life is still spiralling out of control.

The Darkest Lies is an engrossing thriller that had me racing through its short, snappy chapters. The chapters are divided into three narratives, Melanie and Beth are two but it was the third, sporadic one that gave me chills, as they were describing their disturbing thoughts and acts.
Following Melanie as she desperately tries to find out who is responsible for harming her daughter in such an horrific way and the visits to Beth's bedside makes for harrowing reading at times but it makes for compelling reading. Just when I thought I had a handle on who had done it another new piece of information was revealed that quickly proved that my suspicions were completely wrong!
This is a truly superbly written book with a impressive plot and an ending that I defy anyone to see coming!

If you're looking for a compelling psychological thriller then look no further than The Darkest Lies, I loved it to bits and whole again and I'm sure you will too. 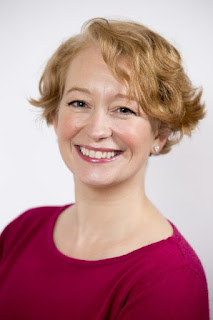 The people behind the crime, from the perpetrator to the victim and beyond, are what intrigue Barbara Copperthwaite.
She was raised by the sea and in the countryside, where she became a lover of both nature and the written word – the latter leading to a successful career as a journalist. For over twenty years people have kindly and bravely shared with her their real experiences of being victims of crime. Now, through fiction, Barbara continues to explore the emotional repercussions.
You can find out more about Barbara, her other books and connect with her using the links below:
Website
Facebook
Twitter
The Darkest Lies is available now:
Amazon UK
Amazon US
You can follow The Darkest Lies Blog Tour with these fantastic blogs: 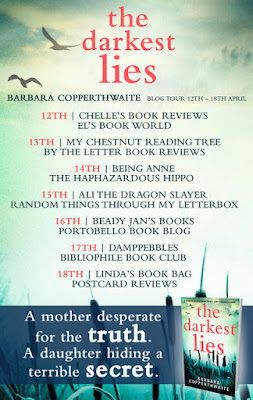 With Kind thanks to Kim Nash at Bookouture for the review copy.