#Blog Tour - The Case of the Missing Bride - Carmen Radtke 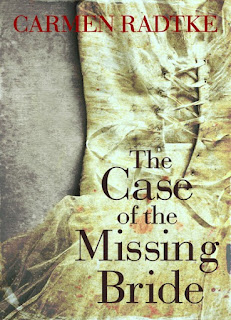 I'm thrilled to be one of two stops on the blog tour for The Case of the Missing Bride by Carmen Radtke.

I love a good historical fiction novel and I'll admit that I don't read enough of them so when I was offered the chance to read this one naturally I jumped at it.

It's the 1860's and Alyssa Chalmers is onboard the Artemis' Delight, a ship travelling from Australia to Canada, with a group of girls who are hoping to land husbands and start a new life. Only a few people are aware that these girls are here though and they've been given strict instructions to stay within a few designated area's below deck.

These girls are all alone in the world and most of them have been living in orphanages. Alyssa isn't like the other girls though as she doesn't plan on finding a husband when they arrive in Canada, she's planning to travel on to England to trace one of her relatives.

Following them on their journey as they deal with life in the underbelly of the large boat makes for a great read and Alyssa is an interesting protagonist. She's different to the other girls as she's better educated and isn't afraid to stand up for herself and when one of the girls goes missing she takes it upon herself to try and find out what happened to her.

The Case of the Missing Bride is a well written and enjoyable book. Although not fast paced, the story flowed well and I found myself  scrutinising the other characters along with Alyssa to try and work out for myself what had happened to Emma. Along with the conversations that Alyssa has with some of the other passengers, including the sometimes flirtatious doctor, the author cunningly drops in anonymous diary entries which shed a little light into Emma's disappearance, but not enough to give away the culprits identity too soon.

I really enjoyed my trip back into the past and I'd highly recommend this book to any historical fiction fans but also to crime lovers as well. Carmen Radtke is definitely an author to watch out for. 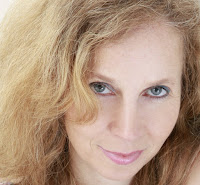 Carmen has spent most of her life with ink on her fingers and a dangerously high pile of books and newspapers by her side.

She has worked as a newspaper reporter on two continents and always dreamt of becoming a novelist and screenwriter.

When she found herself crouched under her dining table, typing away on a novel between two earthquakes in Christchurch, New Zealand, she realised she was hooked for life.

The shaken but stirring novel made it to the longlist of the Mslexia competition, and her next book and first mystery, The Case Of The Missing Bride, was a finalist in the Malice Domestic competition in a year without a winner.

Carmen was born in Hamburg, Germany, but had planned on emigrating since she was five years old. She first moved to New Zealand and now lives in York, UK, with her daughter, cat, and sometimes her seafaring husband comes home.

You can follow the rest of the blog tour on these fabulous blogs: 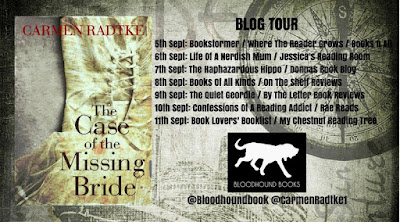 With kind thanks to Sarah at Bloodhound Books for the review copy and for asking me to take part in the blog tour.
Posted by Neats at 09:27