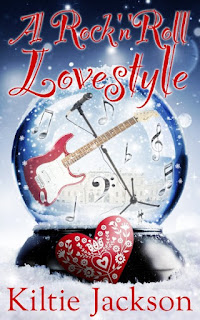 I'm so pleased that I attended an online author event a little while ago as that's where I first became aware of this book. When the gorgeous cover caught my eye and I read the blurb I knew it sounded like the sort of thing I wanted to read so I was thrilled to be offered a spot on the blog blitz for A Rock 'n' Roll Lovestyle, Kiltie Jackson's debut novel.

Sukie McClaren is over the moon when her boss asks her to attend a business meeting in Salzburg just before Christmas. The reason for her excitement is that this is the setting for her all-time favourite film, The Sound of Music. She plans to take a few days of well earned holiday and extend her work trip for a few days so that she can take in some sights as well as the Christmas markets.

While Sukie is busy planning her trip and fizzing with excitement, Pete Wallace, the world's Number One, best selling, male solo artist, is also heading to Salzburg but his feelings are the exact opposite to Sukie's. Despite his fame, Pete is not one for being in the spotlight, but as he's heading out on tour again after a three year break, he has to meet with the press and put himself out there.

When Sukie meets Pete at the Mirabellplatz they don't get off to the best of starts as Pete suspects her of  being a journalist but after some straight talking from Sukie he realises that he's wrong and their friendship grows.

I adored this book! I was immediately drawn to the characters of Sukie and Pete. Sukie is feisty and outspoken but with a heart of gold. She has a close relationship with her mum, Beth, who just wants to see her daughter settle down and marry a nice young man. Pete was endearing as the reluctant pop star, who just wanted to be taken seriously for his songwriting, rather than having his face and private life splashed over all the tabloids and women's magazines. His friendship with his manager, Jordie, was an interesting one. Jordie, having known Pete since he was a young lad just starting out, wanted to make sure that he had Pete's back but at the same time he was getting tired of the lifestyle but was too afraid to speak up as he knows Pete needs and values his support.

This was a truly heart-warming read, just perfect for this time of year, curled up with a big mug of hot chocolate and a few cookies thrown in for good measure! It's clear that the author has herself got a love of Salzburg as the descriptions of the area were so crystal clear she could have been showing me photographs of them. I'm not a fan of snow but I could almost feel it in the air as I was reading. I also think that Kiltie shares a love of The Sound of Music with Sukie as her knowledge of places relevant to the film shone through.

A Rock 'n' Roll Lovestyle is a thoroughly enjoyable novel and an impressive debut from Kiltie Jackson. I really hope that there's another book in progress as I'd love to hang out with Sukie again and find out what comes next for her.

Kiltie grew up in Scotland, Glasgow to be precise. A very unique city with a very unique way of looking at life. When she was old enough to do so, she moved to London and then, after several years of obtaining interesting experiences -which are finding their way into her writing - she moved up to the Midlands.

She currently lives in Staffordshire with five cats and one husband. The cats kindly allow her and her husband to share their house on the condition they keeps paying the mortgage!

Her little home is known as Moggy Towers, even though despite having plenty of moggies, there are no towers!

She loves reading, watching movies, and visiting old castles. She really dislikes going to the gym!
Her biggest desire is that one day she can give up the day job and write her stories for a living.

Kiltie first began writing 'A Rock 'n' Roll Lovestyle' over ten years ago. The project was shelved on Chapter Seventeen as she felt the story wasn't flowing as she would like it to.

In her own words "The images in my head would not come out of my fingers!" Fast forward to November 2016 when, having finished reading Lizzie's Christmas Escape by Christie Barlow, she read more about the author and was inspired with how Christie herself came to be a best-selling author.

In that thunderbolt moment, Kiltie knew - with a deep certainty- that she needed to reacquaint herself with 'A Rock 'n' Roll Lovestyle' and begin writing again. She did this in January 2017 and found the words flowed faster than she could type them. Finally, the time was right for her to write her novel.

Her determination to finish what she had started all those years ago was absolute and the first draft was completed on Sunday 16th April 2017.

Since beginning to write again, the ideas have not stopped flowing. She has begun typing up her second book, 'Of All the Unlikely Places', and book three (not yet titled) has been worked out and is waiting in the wings for its turn in the spotlight.

She currently has a further ten plots and ideas stored in her file (it's costing a fortune in USB drives as each story has its own memory stick!) and the ideas still keep on coming.

She now lives her life around the following three quotes:

"I love having weird dreams, they're great fodder for book plots!"
"Why wait for your ship to come in when you can swim out to meet it?"
"Old enough to know better, young enough not to care!"

You can find out more about Kiltie and connect with her using the links below:

Before you go thanks to Kiltie and Rachel of Rachel's Random Resources who organised this blog blitz I'm sharing the giveaway where you can be in with a chance of winning a £40/$40 Amazon voucher! Just click on the link below to enter using Rafflecopter. 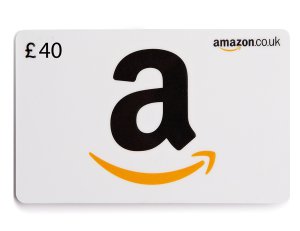 Be sure to check out the other stops on the Blog Tour with these fabulous bloggers: