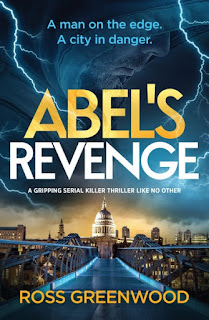 Welcome to my stop on the blog tour for Abel’s Revenge by Ross Greenwood.

This is the first book that I’ve read by this author, despite having a couple of his previous books tucked away on my kindle.

Abel’s Revenge is a serial killer book like no other I’ve read before – it’s not overflowing with blood, guts and gore but that doesn’t mean that it’s a dull read!

The serial killer has named the darkness inside him ‘Abel’ after discovering the story of Cain and Abel in the Bible as a young boy but just how much was his behaviour influenced by his own father?

Dan and Olivia met on holiday but now back home and with two children, life and its everyday stresses and strains are beginning to take their toll on the couple’s relationship. Dan hates living in the city Olivia made him move to and loathes his job, while Olivia wants Dan to grow a pair, face up to his responsibilities and stop taking her for granted.

As we watch Dan and Olivia’s relationship crumble, we also witness the anger rising within Abel who seems to be terrorising their local community. Who is Abel and more importantly will anyone be able to stop him?

I thought this was a very cleverly written book and I loved the alternating chapters which helped to build up the tension as the story went on. I liked the way the author also threw in humorous moments, I thought these added a depth and sense of realism to the book. There was one incident in particular in this book where I was so caught up in the story that I’m pretty sure I forgot to breathe until I knew that a certain character wasn’t going to get caught in a compromising position. There were a couple of times I thought I’d worked out who Abel was, only to have the rug pulled from under my feet – well done Mr Greenwood!

Abel’s Revenge is a well-written, gripping page turner that I would definitely recommend and I’ll be digging out his other books on my kindle. 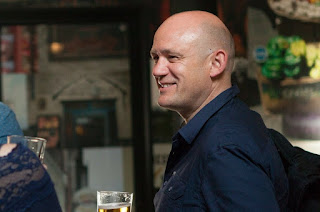 Ross Greenwood was born in 1973 in Peterborough and lived there until he was 20, attending The King's School in the city. He then began a rather nomadic existence, living and working all over the country and various parts of the world.

Ross found himself returning to Peterborough many times over the years, usually, so he says “when things had gone wrong.” It was on one of these occasions that he met his partner about 100 metres from his back door whilst walking a dog. Two children swiftly followed. And, according to Ross, he is “still a little stunned by the pace of it now.”

Lazy Blood book was started a long time ago but parenthood and then four years as a prison officer got in the way. Ironically it was the four a.m. feed which gave the author the opportunity to finish the book as unable to get back to sleep he completed it in the early morning hours.

Ross Greenwood’s second book, The Boy Inside, was picked up by Bloodhound Books, and in September 2017, Fifty Years of Fear was published. All his books are thought provoking, and told with a sense of humour. 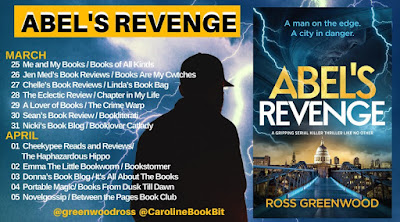 With kind thanks to Caroline Vincent at Bits About Books for the review copy and my stop on the blog tour.