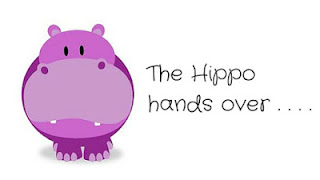 I'm delighted to welcome author Suzanne Seddon to The Hippo today. Her debut novel, A Fool's Circle, will be published on the 17th of March by Wallace Publishing, and I'll let you into a little secret - I thought it was an outstanding read and I'll be sharing my review of it very soon.

Let's get things started by introducing you to the lady of the moment and finding out a bit more about the woman behind the words.


Author bio
Suzanne Seddon was born in Islington, London. After leaving school she had many interesting jobs, from swimming teacher to air hostess, and was able to travel the globe. Now a single mum to her teenage daughter Poppy-willow, Suzanne spends her days writing and has written several articles for magazines and newspapers.

Growing up, Suzanne witnessed mental and physical abuse within her own family which strongly influenced her when she wrote her first play, A Fool’s Circle, when she attended the famous Anna Scher Theatre. Suzanne, however, was not content to leave it there and decided to go ahead and transform her play into a novel.

Not one to shy away from exciting challenges, she also wrote, acted, directed, cast and produced a trailer for the book around her hometown in Islington with the support of local businesses, who recognised the drive and importance of Suzanne and her work.

Suzanne is a passionate writer and she is determined to be heard so that the issue of domestic abuse is raised amongst the public's consciousness, empowering others to speak out. She wants those who suffer at the hands of another to have their voices heard, loud and clear.

What inspired me to write a book!

Growing up in a dysfunctional family, I witnessed a lot of domestic violence and mental abuse. Topics like this were never really spoken about and it wasn’t until I got older and attended a well-known drama class in Islington called The Anna Scher Theatre that I had the idea for A Fool’s Circle, writing it as a gritty, no holds barred short play.

Raising my young daughter and being my father’s full-time Carer, my time was restricted. However, undeterred, I knew I needed to develop the play into a film.

What started out as a short film script soon turned into a full-length feature film script. I could see the characters come to life as soon as I opened my laptop. The harrowing storyline and the honesty of it excited me, and I was now desperate to get a trailer made for the project.

The only problem was I was a skint single mother from Islington. But determined, I wasn’t going to let a little thing like that stop me!

I contacted actor friends of mine, as well as sound technicians, and managed to get a camera crew in place. I had Islington Council loan me their offices, whilst my local Sainsbury’s and Tesco’s sponsored the four-day shoot and fed the cast and crew. They also secured other shoot locations for the trailer.

This was like a dream come true and I had made this all happen without costing me a single penny! My mother was my biggest supporter and helped me so much. Then everything came crashing down.
My mother went into hospital for an operation whilst the trailer was in editing. She never got to see it finished as due to severe complications, she remained in the hospital for two years before passing away in 2016.

I was absolutely devastated. My health also took a dramatic turn for the worse. It took me ages to watch the finished trailer but I drew strength that my mother was so proud I had achieved what I had set out to do.

I knew from that day, there would be no possible way I would be able to go ahead and film a full feature film. I was a single mother with no support network and I was in a very dark place.

My mother taught me to read, she was very much into reading and helped out in my primary school. Teaching the other children in the class. I remember as a child, she would read a lot of Catherine Cookson books. She always said that one day she was going to write a book.

Through my grief I decided, as a tribute to my mother, I would now take this script and turn it into a book. For those writers out there, they know only too well that script writing and writing a book are two completely different things. But once again, I was determined I was going to do this.

I completed my first draft in 2017 and after a lot of re-writing, it was finally finished in August 2018. The book will be launched on what would’ve been my mothers 74th birthday, March 17th 2019.

Apart from having my daughter, writing this book is one of the best things I have ever done in my life. Knowing I did it for my mum and that I was completing her lifelong dream makes it even more special. 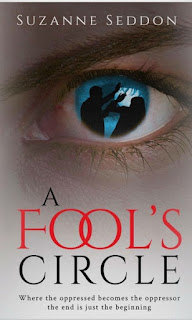 Kate Sanders has suffered many years of physical and mental abuse at the hands of her abusive husband Alan, and convinces herself that she is only holding the family together for the sake of her eight-year-old daughter. If it wasn’t for her best friend Jill Reynolds, she would have taken the suicide option a long time ago.

As she desperately seeks a way to escape, she is contacted by a solicitor. Kate’s old aunt has died and she has been left a small fortune.

For the first time, she sees the light at the end of the tunnel. She dreams of a fresh start, a new home, a new life. What Kate doesn’t know is that Jill and Alan have their own secrets, and are both desperate to get their hands on her money.

Kate soon finds herself falling for the charms of Jonathon Jacobs in what she believes to be fate finally intervening and offering her a second chance, unaware that each move he makes has been directed, orchestrated and well-rehearsed as he begs her to leave her husband, Alan.

But is it all too late, as she finds herself in the frame for murder?

A Fool's Circle will be released on 17th March, 2019 and is available for pre-order now here.

You can find out more about Suzanne, her book and connect with her using the links below:

I'd like to thank Suzanne for taking the time to write her very insightful guest post and stopping by today, it's been great to host you. Watch out for my review of A Fool's Circle and don't forget that you can pre-order your copy now.