I'm delighted to be taking part in the blog tour to promote the Morecambe & Vice Crime Writing Festival. Now in it's third year, it's the North West's quirkiest crime writing festival and it takes place at The Midland Hotel in Morecambe on Saturday 28th and Sunday 29th of September. You can find out more about the event and purchase tickets here. 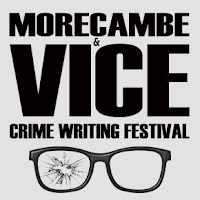 As you can imagine there's a whole host of authors attending this event and I'm thrilled to be hanging out with the lovely Jane Elson here on The Hippo today.


What other authors are you friends with and how do they help you become a better writer?
Not only do my author friends help me become a better writer by giving, if asked, honest feedback on my ideas, but they enable me to continue being an author. It’s a truly wonderful job, but it is such hard work and you need people around you who understand that. There are two parts to being an author: one part is very solitary, where you spend a lot of time at home writing by yourself, then there is a public role, where you are out on the road doing author events in front of audiences of children, and promoting yourself to teachers, librarians and bookshops. For both sides of the job, I draw a great support from my author network.

My author friends and I will always call and message each other, particularly when we are on a train on our own travelling back late at night, or when we are in a hotel in the middle of nowhere!

Sleep deprivation is a big part of being an author on a deadline! It's been really useful having a network of authors who understand this and go through it themselves. Authors Steve Antony and Kristina Stephenson and I formed ‘The Deadline Club’ - we were all working so hard and it was wonderful to have the comfort of messaging each other. Sometimes it would be something silly like, 'I'm going to Tesco's to get snacks!' That little bit of contact with a human being is so vital as writing is very isolating! Also, it’s great to share work with each other, which is so useful, especially when you're tired and your judgement isn't that good. 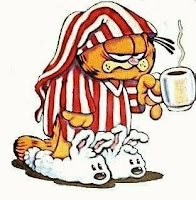 Author, Christopher William Hill and I always cheer each other along and set ourselves goals and targets of how much writing we are going to do. He is a really kind friend.
I am also very grateful for my friendship with Patrice Lawrence and Emma Shevah. These two sound down-to-earth women have been a saving grace on many occasion and my life is richer for knowing them. I attended Lou Kuenzler’s wonderful Writing for Children Workshop at City Lit and ever since getting my book deal, she has been on hand to give me guidance, especially regarding organizing myself! Author Hilary McKay is so supportive and champions my work and gives me honest feedback and this has been so valuable. So, in a word I don't know where I'd be without all my author friends.

What would you say is your most interesting writing quirk?
As an actor I become the characters in my book as I am writing them. My neighbours must think I'm mad, as they must hear all these voices coming through the wall! I had an operation during the writing of my last book, Will You Catch Me?. It took me ages to come round from the anaesthetic because in my head I was on the Beckham Estate, which is where two of my books How To Fly With Broken Wings and Will You Catch Me? are set. I was standing on grass looking up at the tower block. I remember it so clearly. Nell Gwyn, the restoration actress is guardian angel to my protagonist Nell, in Will You Catch Me? Apparently, I was jabbering on about Nell Gwyn as the nurses were trying to wake me up! 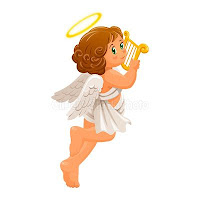 Do you often hear from your readers and what do they say?
When you get a letter to say that your book has changed a child's life, nothing can beat that. I am fiercely protective of my readers as I seem to attract some quite vulnerable children, and my books seem to be of such comfort to them. Many seem to have a very tactile relationship with the books and I've had stories of children carrying them around with them wherever they go. There were two boys on the autistic spectrum who identified so strongly with Willem in How To Fly With Broken Wings, who has Asperger’s Syndrome, and consequently talked to adults about how they were feeling and got help. Hearing things like this makes all the hard work worthwhile.
Will You Catch Me? recently won two awards, voted for by school children: the Wolverhampton Children's Book award and the Alexandra Palace Children's Book Award. It was so special meeting the children who had voted for my book.
What advice would you give your younger self?
Grace, in my debut book, A Room Full of Chocolate, is my younger self. I was six when my mum was ill, and I was sent away to live on a farm in Yorkshire. It was so therapeutic writing A Room Full of Chocolate and making something very difficult in my life into something positive. Six year olds can't really express their feelings, so I made Grace ten so she could stick up for herself.  In that way I was saying what I would like to have said when I was six. My book has been translated into Chinese and German and it’s amazing to think children in other countries are reading the story of my childhood.  I wish I could've told my frightened six-year-old self that this was going to happen in the future. I think it would've given me a lot of courage. 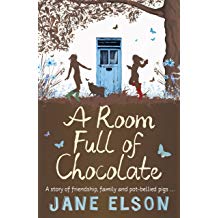 What did you edit out of your last book?
I edited so much out of Will You Catch Me? It was so vivid to me that I saw the whole world, so it was very hard to decide what should be in the book and what shouldn't. Nell in Will You Catch Me? has a mother who is an alcoholic. My book is endorsed by Nacoa, National Association of Children of Alcoholics, who I continue to work closely with. During the writing of the book there was a headline by Camilla Tominey in the Sunday Express, My Mummy Is Drunk Please Read To Me. My heart broke to learn that children were phoning Nacoa’s helpline for bedtime stories, because their parents were too drunk.
In Will You Catch Me? I had a part when Nell was listening through the wall to Auntie Lou, telling a story about her childhood in Jamaica. It was a lovely part of the book but it had to go. However, I was able to use it in a book blog so all was not lost. 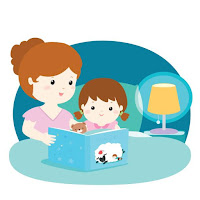 If you could spend time with a character from your book who would it be and why? What would you get up to?
In a way you do spend time with all your characters as they live in your head and become your friends and you miss them when you finish the book. If I was to go on a day trip somewhere it would be with Nell, from Will You Catch Me? She is such a tough little girl and the least like me of all my characters, and I miss her so much now I’ve finished writing the book. Nell is proud to be the only naturalist on the Beckham Estate. She notices every little ladybird and creepy crawley and I think it would be fascinating to go on a walk with her. We are all far too busy and we don't notice the precious little things in life half the time. If I was to go on a walk with her now, I would see the world in quite a different way. 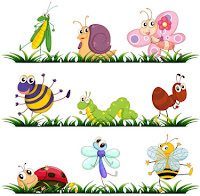 What character in your book are you least likely to get along with and why?
Finn Mason in How To Fly With Broken Wings. I've got remnants of Sasha in How To Fly in my personality and I too would've had a love hate relationship with Finn. If I'd have been in his class at school I would probably have got into lots of trouble and lots of arguments with him. However, it was an extraordinary experience writing Finn. I am obviously not a Young Offender, nor would I do the things that Finn did but I wanted to get inside his skin and understand him. I suddenly had a flashback to standing on a hill in the sunset. I was very young and with my friend’s parents, and my friend was crying and clinging to them and behind us was a big black and white house. I telephoned my mum and told her about this memory and she said that my friend was diagnosed with dyslexia and the black and white house was the school she was sent to - in those days they used to put children with dyslexia in secure units with Young Offenders. She said that she knew there was something going on with me but she didn’t want to get me tested in case I was sent away. Suddenly I was able to write and understand how it would have been for Finn when he was sent away to the secure unit. 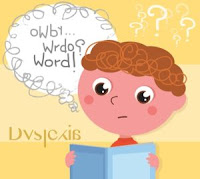 You get a brilliant idea/thought/phrase at an inappropriate moment (e.g. in the shower or driving) what do you do?
All my ideas come at inappropriate moments, usually when I'm asleep and they wake me up. I have to jump straight out of bed and start writing or the idea will be lost. I often find that problems with my writing get solved in my sleep as well, so I will read a chapter that I'm having trouble with before I go to sleep and then usually my dreams will sort it out. 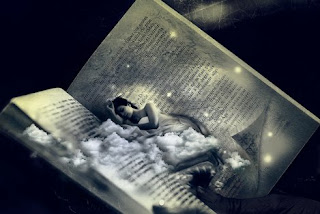 Make sure you check out the other fabulous blogs on the tour who are all featuring one of the authors attending The Morecambe & Vice Crime Writing Festival! 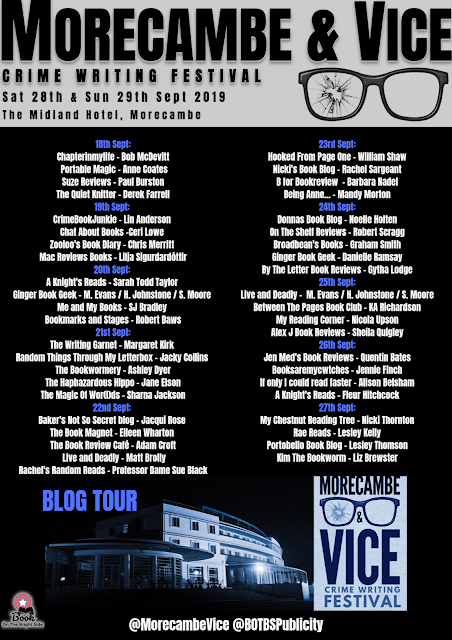 With huge thanks to Jane for taking the time to stop by today and to Sarah at Book On The Bright Side for my stop on the tour.
Posted by Neats at 06:30 No comments: