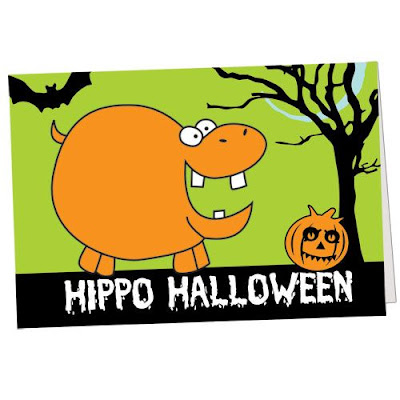 Today I'm thrilled to be welcoming back the very lovely and very talented Tara Lyons (author of In The Shadows and co-author of The Caller and Web of Deceit with M A Comley) to talk about an exciting new book that she's involved in. So here's the lady herself to tell you more about it.


Earlier this year I joined a group called Authors Electric. It's made up of 29 independently published writers who each have one day of the month to blog on the website - http://authorselectric.blogspot.co.uk/- I blog on the 18th of every month. It's a daily blog about all things writing and publishing related. The tag line is 'Great reading, great writing, great craic...'
I think it sums up Authors Electric nicely. So far I've blogged about my debut novel, co-authoring with M.A Comley, blog tours and Killer Women.

The group have written other anthologies, but Ghosts Electric is the first one I've been involved with. It's the first time I've written a short story for publication and the first spooky one ever - I really enjoyed it! I love everything about Halloween: the history, the stories and myths, the costumes and fun, so was thrilled when the group asked me to be involved.

As a Halloween treat and to thank you all for your support, I would like to offer one winner a paperback copy of Ghosts Electric, signed by me (see details).

It's also led to more short story writing, and I've just submitted another one to Bloodhound Books for their Dark Minds charity anthology (published December 13th). 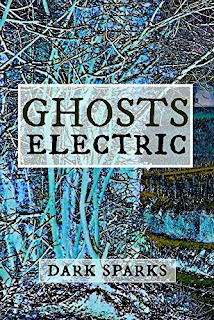 Ghosts, ghouls and other supernatural entities can appear in many shapes and guises but they never come just for fun ... Ghost stories have been firm favourites ever since humans first gathered around a fire to listen to the storyteller weave his magic: the supernatural world which lies just beyond ours was a very real and ever-present part of the lives of our ancestors - and who is to say things have changed since then? Welcome to the world of the weird and wonderful: here you will find tales to thrill and to terrify, to bemuse, bewitch and mystify and above all to make you wonder 'What if...? Could it be ...?' Twenty one offerings from top writers including SUSAN PRICE, DENNIS HAMLEY, SANDRA HORN, CHRIS LONGMUIR, ELIZABETH KAY, BILL KIRTON, UMBERTO TOSI,ANN EVANS, NICK BROWNE, CATHERINE CZERKAWSKA, LEVERETT BUTTS, ADAM PRICE, MARI BIELLA, TARA LYONS, WENDY H. JONES, KATHERINE ROBERTS, KAREN BUSH.


If you're looking for something chilling to read Ghosts Electric is available now or you could enter the competition at the end of this post.

As Halloween is almost upon us I thought it would be fun to ask Tara thirteen creepy questions to get into the spirit of things!

First off, can I just say these questions are fabulous. When I read some of them I stopped and thought ooh... Thank you, Neats for all your support with my first short story in an anthology and for featuring me today on your awesome blog!

Which serial killer do you find most fascinating and why?
Fred and Rose West. I've watched a lot of true crime programmes and read a lot about these two and think they are terrifying. Why? Because to so many people the pair would seem "normal" and trustworthy – and is in fact how they captured many of their victims. I think as women, we tend to feel more at ease if we see a man with his wife – to think they used that security net to trap and then torture is fascinatingly scary! 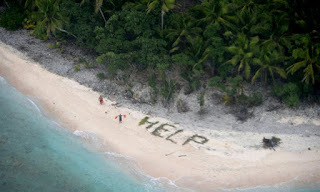 Would you rather see the ghost of a stranger or of someone that you love?
As much as I believe in ghosts, seeing one (especially at the foot of my bed, which is always the location I imagine) would be quite an overwhelming and scary moment. So, I'd like to see someone that I loved to help calm me down!

Would you ever stay the night in an abandoned house that was supposedly haunted?
I really want to sound ballsy and say yes, of course I would. But, as I've gotten older I've lost that brave gene so I don't think I would. Well, certainly not alone anyway...

If you met a vampire would you let it bite you for eternal life or would you shove a stake in its heart?
Interesting. Are we talking Twilight-type vampire who wants to spend eternal life reading me books, twinkling in the sunlight and fighting evil? Then bite away. However, if it's for the sole purpose of creating a blood-sucking predator then I'm pounding that stake. 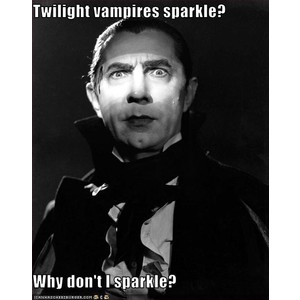 If you could only wear one Halloween costume for the rest of your life what would it be and why?
A witch! Throughout my life, whenever I dress up for Halloween that is my go-to costume. There's such variety and fun to be had – am I good or bad witch... that would be telling.

You’re in a horror movie, are you the final girl, the first to die, the comic relief, the sceptic, the smart one or the killer?
Love this question! I want to say I'm the smart one who lasts until the end and walks off victorious as the sun is rising on a new day. But, when I get nervous I get chatty and try to make jokes to ease the tension so I think I'd be the comic relief character. They survive, don't they... sometimes...

If you’re home alone and you hear footsteps in your house what would you do?
I do footsteps! In fact, even an hour after I've been in bed I can hear the floorboards in the kitchen creaking. When I first moved in, I'd creep out with my baseball bat in hand. I've never found anything... or anyone. So nearly three years later, I ignore the noise, continue reading/writing and hope no one peers round my bedroom door! 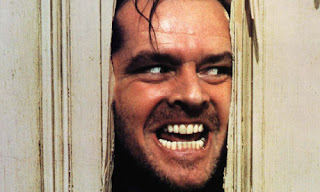 Whilst watching a scary movie are you the person who yells at the characters, the person with their hands over their eyes the whole time or the person that falls asleep?
Again, my personality has changed so much over the years – or maybe scary movies have just got better! I used to be the one shouting, aggressively: "what the hell are you running upstairs for?" And: "why are you going into the dark woods alone?" But now... I think I've become the woman who covers her eyes at the scary parts.

Name something you wouldn’t want to run into in a dark forest or an old abandoned building.
My mother always says, fear the living more than the dead as they're the ones who can hurt you! So I wouldn't want to run into a serial killer... because that's where they hang out, right? 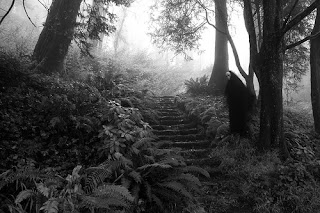 What’s your favourite scary book?
I don't read many scary books because my imagination is so vivid I'd probably have nightmares for weeks. But, definitely the ones I perceive as scary, and have stayed with me since reading them is from the King – Misery and Carrie – and Thomas Harris – The Silence of the Lambs.

Would you ever got to a graveyard at night?
When I was a teenager, I would with my friends because we thought it was cool to "chill out" there. I would now, but not alone, only because you never know who's lurking in the shadows – and I'm talking about the living! 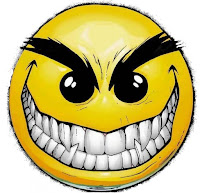 That was fun but I hope you're not too creeped out now as it's time for the competition. In keeping with the Halloween/ creepy theme all you have to do to be in with a chance of winning a copy of Ghosts Electric signed by Tara Lyons is answer the following question: 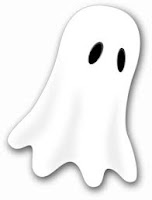 If you could haunt one person this Halloween, who would it be and why?

Leave your answer in the comments below. The competition closes on Sunday 6th November at 7pm and the winner will be announced here on my blog as well as my facebook page which you can find here and they will need to contact me within 24 hours, so make sure you check back. Due to postal costs this competition is only open to UK entrants.

I'd like to thank Tara for being such a great sport and for her very kind contribution of a signed book for the competition.