The Hippo's Hidden Gems - Flowers for the Dead - Barbara Copperthwaite 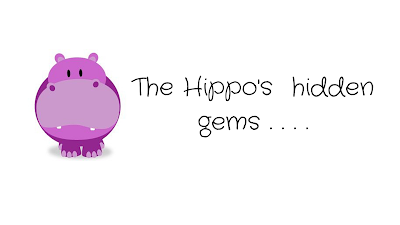 I've been on a little hiatus as I found myself suffering from a severe case of reading slump. I went for days, sometimes even a whole week, without picking up or even wanting to read a book. During this time I went back and revisited some older books I'd previously read and enjoyed and it got me thinking. There is always a buzz around new books but what about those books that have been around for a while, tucked away on shelves, forgotten about and feeling unloved. I think it's time that they were dusted off and shown some love again so I decided to start a new feature where I tell you about older books that I loved which you may not have read or even heard about. Let's show them some love, get talking about them and shine a light on these hidden gems.

I thought long and hard about which book I'd use to kick off this new feature and I came to the conclusion that only one book could possibly fit the bill - Flowers for the Dead by Barbara Copperthwaite. I read this book way back in 2015 and I still recommend it to people today, all these years later. I will always have fond memories of Adam despite the fact that he's a serial killer, it was one of my top ten books of the year in 2015 and it's one of the very few books on my re-read list. 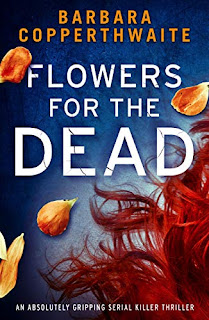 He sees her. The one. The sunglasses don’t fool anyone, she is clearly upset, her nose and lips swollen from crying. They are two lost souls and he knows his love can help her. After all, she is not the first girl he has followed home…

Adam is the perfect boyfriend. He pays attention, he buys flowers. He knows everything about Laura and looks after her every need. He cooks, he cleans – he even does the dishes without being asked.

But Laura has never met Adam. Still grieving after a devastating car crash that killed her family, she’s forgetful and struggling to pull her life together. She’d be horrified to know the depth of this unsettling fantasy in which she is the star. But there’s no denying the chill she feels every time she finds another elaborate bouquet on her doorstep, or wakes in the night sensing she is not alone.

After everything she’s been through, Laura’s ready to fight back and stop being the victim in her own life story. But in Adam’s world, there are no happy endings…

Have you ever wondered what goes on in the mind of a serial killer?

If you've answered yes to the above question then Flowers for the Dead is just the book for you.

Right from the start you know that Adam Bourne is a serial killer and that he will kill again but what you don't know is why. What has made this seemingly quiet and unassuming man stalk innocent women and then go on to kill them?

After recently killing his latest victim, Adam is looking for her replacement when he spots Laura at one of his usual hunting grounds and so the cycle begins again but this time, we as readers, are able to follow the story from start to finish.

There are so many reasons why I loved this book I'm not sure where to start. The story is beautifully written and the way that both characters backgrounds are slowly revealed is so effortlessly done you're not distracted from the main story at all, it helps you to understand them and adds depth. The build up of tension as I watched Adam's behaviour escalate and finding out what he'd done to his previous victims was disturbing when all the time at the back of my mind I kept thinking "There are real people out there like this".  Adam's relationship with his gran melted my heart, the way that she was the only one who really loved him and how she taught him his extensive knowledge of flowers which he would use later on in his life, was wonderful to read.

I could go on and on with this but I'll let you find out for yourselves what a fantastic book this is.

Barbara Copperthwaite has gone on the write more fabulous books including Her Last Secret and The Perfect Friend but in my very humble opinion Flowers for the Dead will take some beating!

I'd love to hear your thoughts, have you read it and if so what did you think? 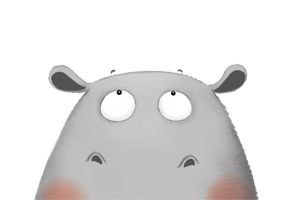