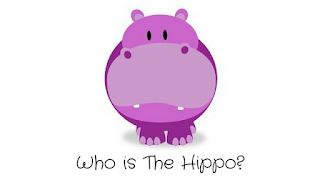 I've been blogging for a few years now and I've decided that it's about time I told you all a little bit about the person behind the blog and introduced myself properly.

My name is Neats and I live in Hampshire in the UK with my book loving husband and my little tiel Tufty. I've been a bookworm ever since I could read and I've got happy memories of going to the library with my nan and maxing out my library card!

Fast forward a few years (more than I care to think about) and I was still reading lots of books but finding that I was duplicating books due to the covers changing because of a film being made - which is a big pet peeve of mine, but also because I couldn't always remember if it was a book I'd already read. I came up with various different ways of trying to keep track of my reading and then I found Goodreads. Initially that was all I used it for but then because of social media and various online bookclubs I started to find out more about the book world including how much reviews meant to authors. That's when I toyed with the idea of starting a blog, not only to share reviews of books but as a way of connecting with other bookish people as not many of my friends understood my book obsession.

So on the 10th of May 2015 I tentatively put up my first ever blog post and I haven't looked back! People seem to have a misconception that bookworms are solitary creatures but they don't realise that we're a very sociable bunch of amazing people!

When I'm not curled up with a book and either a cup of coffee and some biscuits or a glass of wine and some chocolate (plain or milk not white!) I like to binge watch Netflix, while away a few hours on Pinterest finding new pachyderm pictures amongst other things or watching rugby and tennis.

You might be wondering how my blog name came about so I'll share that with you while I'm here. Anyone who knows me well knows that I have a love of pachyderms - and you might have picked up on that just now when I mentioned pinterest - which began when I was a little girl and fell in love with George the hippo on Rainbow. Over the years I've amassed quite a collection of hippo's in one form or another and my obsession then began to include elephants and rhino's as well. I've been lucky enough to walk with elephants at a sanctuary, meet and have tea with Jessica the house hippo and see two truly beautiful rhino's in the wild. All of this happened on a once in a lifetime road trip across the nine provinces of South Africa several years ago with friends who live there. It's a place that I've come to love and enjoy reading books about and somewhere I hope to visit again one day. So I knew I wanted something hippo related and decided that as my reading tastes are quite eclectic I wanted something to reflect that so I chose haphazard but decided to amend it slightly and so The Haphazardous Hippo was born.

So there you have it, a little insight into the person behind the blog. I hope that you enjoy reading my blog as much as I enjoy writing it! 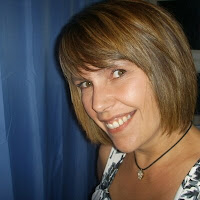