The Girl With No Past - Kathryn Croft 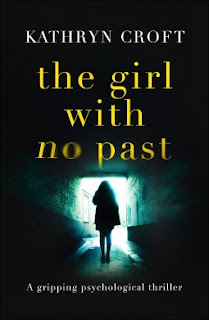 The Girl With No Past is one of those books that draws you in from the start and you just have to keep reading.

Leah lives her life almost like a recluse, she works at her local library, lives in a stark flat, has no real friends and her main possessions are her books. She has chosen this way of life because of something that happened fourteen years ago, something that she carries guilt for every day but just as she decides that maybe it's time to get herself out into the real world it seems that someone knows her secret.

What follows is an articulate story that slowly reveals Leah's secret, told in such a way that every character falls under suspicion at some point and I felt as paranoid as Leah at times.

I really enjoyed Kathryn Croft's writing style. I'm a big fan of books that are told in a dual time-frame and the fact that you don't find out Leah's secret until almost the end of the novel just added to the suspense in my opinion. I was compelled to read on, not only to find out what Leah had done but who could possibly be tormenting her after all this time. The tension and suspense is built up well and unlike some psychological thrillers the ending certainly wasn't disappointing. I would highly recommend The Girl With No Past to anyone who is a fan of this genre.

A quick update from me 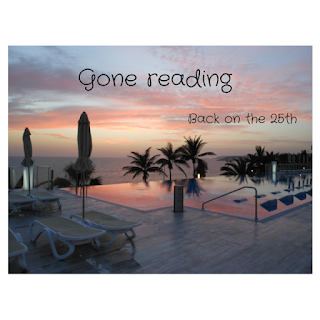 I just wanted to let you all know that there won't be any reviews posted for a couple of weeks as I'm off for a well deserved holiday.

Happy reading!
Posted by Neats at 19:47 No comments: 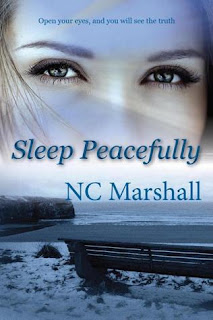 Sleep Peacefully is the debut novel from NC Marshall and an astounding one at that.

This isn't your usual fast paced psychological thriller as the story is subtly revealed in tiny pieces which cleverly pulls you into the story.

Nat's sister Jess died,  in what everyone believed to be a tragic accident but five years later Nat is experiencing powerful dreams about the night of Jess' death. As the dreams start to become more frequent Nat begins to think that maybe there was more to Jess' death than anyone knows so she starts to look more closely at her sisters life.

The story is told in two parallel narratives, one being Nat and the other in the form of flashbacks of Jess' life when she was alive. As secrets are revealed it looks like Nat didn't know her sister anywhere near as well as she thought she did.

The two narratives work seamlessly together and the story flows well. The revelations come at a steady speed and despite the fact that I'm a big fan of fast paced thrillers, the story kept my interest and I was compelled to keep reading. The characters were very believable and there was enough background on them all to give them credibility and the eventual perpetrator was exceptionally hidden in my opinion.

I devoured this book over the course of two nights and I'm eagerly awaiting the next offering from this wonderful debut author.