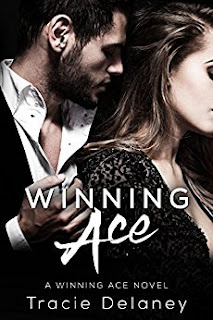 Today I'd like to introduce you to author Tracie Delaney and share an extract from her upcoming debut novel, Winning Ace.

When the opportunity arises for journalist Tally McKenzie to meet tennis ace Cash Gallagher, she grabs it without hesitation. Desperate for a killer story to advance her career, she’ll have to betray her idol and her own morals into the bargain if she is to succeed.

Renowned bad boy Cash wants one thing; to remain at the top of his game. He’s fought hard to get there, and he’s not about to lose his crown, especially over a woman.

When Cash divulges personal information, Tally seizes her chance and writes an explosive article. Incensed, Cash sets out to get his revenge. Except the darling of centre court gets more than he bargained for—a passionate affair with a woman he should detest.

But Cash is a man with secrets—secrets that could destroy his career. Dare he take the risk? Or is the cost too great, even for his perfect match.

Tracie has very kindly agreed to share a little taster of Winning Aces with you all here on The Hippo:

He pressed his mouth to hers, purposely keeping the kiss soft. He half expected her to change her mind and push him away, but she didn’t. Instead, she wrapped her arms around his neck and buried her fingers in his hair. Pulling her even closer, he moved his lips slowly. When she let out a soft moan, he slipped his tongue inside, and gently licked against hers. Doused  with the same powerful urge he’d had at Rupe’s place—to take her, to brand her as his, to warn the world that this one was taken—he deepened the kiss. When she moaned again, the sound deeper this time, his breathing quickened.

He drew away slowly, needing to put some distance between them before the spell she’d cast sent him over the edge into madness. Resting his forehead against hers, he briefly closed his eyes to see if the world stopped spinning. When he opened them again, it was plain to see she’d been as affected as he was. Her face and neck were flushed and her lips were slightly swollen.

With a half grin, he leaned in and softly grazed her earlobe with his teeth before whispering, “Third of February, Natalia. And if I have my way, by the end of the night, those earrings will be the only thing you’re wearing.”

Winning Ace is the first novel in an overarching three book series. 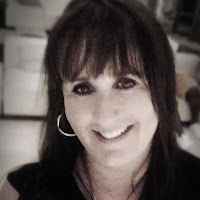 Tracie Delaney is the author of the Winning Ace trilogy. She loves nothing more than immersing herself in a good romance, although she sometimes, rather cheekily, makes her characters wait for their HEA.

When she isn’t writing or sitting around with her head stuck in a book, she can often be found watching The Walking Dead, Game of Thrones or any tennis match involving Roger Federer. Her greatest fear is running out of coffee.

Tracie studied accountancy, gaining her qualification in 2001. Her maths teacher would no doubt be stunned by this revelation considering Tracie could barely add two plus two at high school.
Tracie lives in the North West of England with her amazingly supportive husband. They both share a love of dogs, travel and wine.

Tracie loves to hear from readers. She can be contacted via the links below: