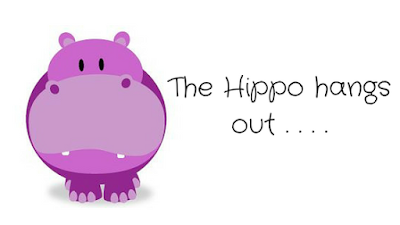 Today I’m absolutely thrilled to be hanging out with a regular visitor to The Hippo and hugely talented author Tara Lyons. I’m a huge fan of Tara’s DI Hamilton series of books and I’m eagerly awaiting book four so hopefully I’m not keeping her from writing it!

If you’re a regular visitor her then you’ll already know all about her and her fantastic books but if it’s your first time here (hello and welcome!🙂 ) then allow me to introduce you to this lovely lady.

Tara is a crime/psychological thriller author from London, UK. Turning 30 in 2015 propelled her to fulfil her lifelong dream of becoming a writer. In the Shadows is Tara's debut solo novel published in March 2016. She co-wrote The Caller and Web of Deceit: A DI Sally Parker novella with New York Times bestselling author, M.A Comley.

In August 2016 Tara signed a two-book contract with Bloodhound Books. The third book in the DI Hamilton series, Deadly Friendship, was published in July 2017 and the fourth is due later this year.

When she's not writing, Tara can be found at a local Wacky Warehouse stuck in the ball-pit with her young, energetic son.

Deadly Friendship is Tara’s latest book which I reviewed as part of the blog tour last year and you can read that review here. 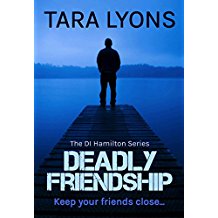 A fast-paced and gripping crime thriller
Who can you really trust?

Detective Inspector Denis Hamilton is dragged into a gruesome murder investigation, while on annual leave in Lake Windermere. A handwritten note, with a woman’s name, is found inside the corpse.

When a direct link to London is identified, Hamilton must race against the clock to make the connection before the body count rises.

Meanwhile, four friends with strained relationships, are reunited. What past event do they want to keep buried and is there something linking them to the murders?

Then, when a person from Hamilton's past returns, he must ask himself: how well do we really know our friends?

London’s murder investigations team returns in this third novel from the bestselling author of In the Shadows and No Safe Home.

What book/books made you cry and why?
I don't pick up the sad, romantic or family related books too often; however, when I do, I've definitely chosen some corkers. From those, there are four books that stand out in mind — the fact that they made me cry, for one, but also the characters, the story and even location.

My Sister's Keeper by Jodi Picoult. This was the first book to make me cry and I was completely shocked when I did — it just wasn't like me to cry at a book. The plot touched me and brought on those chin-wobbling emotions — family life has a way of doing that. I must say because of how the book made me feel, I was disappointed with the film and didn't shed a tear for that.

Charlie & Pearl by Tammy Robinson (and actually a few other books of hers have had the same effect). I was a crying wreck while reading this, and it could have had something to do with my own personal situation at the time, but I truly felt the story and the characters got under my skin. I missed them when I'd finished the book — which I read in a day; the fastest ever for me.

Me Before You by Jojo Moyes. Probably one of the latest readers to this party, I'd had this book for ages and just hadn't got around to it. But I was due to see the film and wanted to read the book first. I stopped what I was doing and gave it all my attention. I'll tell you what this book done to me... it made me ugly cry! The writing and character's stories are beautifully authentic and touching, and the story swallowed me whole.
When It Rains by Brooke Harris. A very clever and beautifully written book spanning the generations of a family. Dealing with the past, the present, death and love, it's no wonder I cried more than once at this book. Not only were the characters likeable, but I related to them. I felt their raw emotion, their connection and their bond — probably more than I was expecting to. This book made me cry, smile and cry again — it left me with that bereaved, deep sigh after I'd finished.


I got through a fair few tissues when I read Me Before You as well Tara!😉 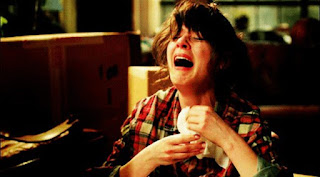 What did you edit out of your last book?
The prologue of the fourth DI Hamilton book - I keep going back to it because I can't decide if it needs to be first or third person. I know for some readers that the first person can be a distraction, but I've used it a few times in my books and think it can work well in short bursts; therefore, I've just edited that chapter back to the first person. I think it's an interesting way for the reader to get inside a character's mind.

If you could spend time with a character from your book who would it be and why? What would you get up to?
It would have to be the main man himself, Denis Hamilton. I can see him so vividly in my mind, hear his voice and understand his personality. As some of you may already know, Hamilton doesn't know when to stop working, so if I was spending a day with him, we'd probably be working a murder case in London. I'd love that. Oh, and new boy Rocky could come along too, because he's the cheeky, chappie eye-candy.

If you were an animal in the zoo what would you be and why?
It would have to be a lion — not only because of my surname and the fact that blogger Kat of Best Crime Books and More always wants me to roar like a lion at Harrogate - but because I think they're very interesting creatures. My family and friends are extremely important to me and I'd be more than happy for us all to live together in a pride. Oh, and The Lion King is one of my most favourite movies.

You get a brilliant idea/thought/phrase at an inappropriate moment (eg in the shower or driving) what do you do?
This actually has happened to me once: I was driving home and an entire conversation between characters started playing out in my head. While stopped at the traffic lights, I hit the record button on my phone, placed it on the chair next to me and began talking. It was like I was reading from a script - Hamilton says such and such and then pauses to do something. It felt quite weird, but was actually very helpful when I finally had time to sit at the computer; my mind had completely forgotten the conversation — luckily I had my recording. 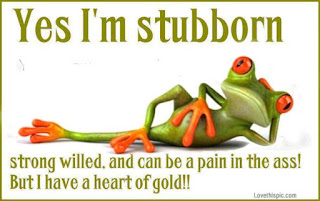 What is your guilty pleasure?
Hollyoaks! I watch it nearly everyday — and is about the only TV soap I have continually watched for years. They're all so glam and dramatic and there's always some murderous plot happening.

If you were a superhero what would you be called, what would your super-power be and what would you wear?
I love this question! Although I don't really read in this genre, I like to watch the programmes and one of my favourites is Charmed. The life of three witches, each with their own power, and the good and evil beings they come in contact with. At some point, I've wanted each power for different reasons and for this question I'm debating between two... Actually, no I'm not, this is my fantasy: My superhero name would be 'Shadow' (because I'd like to work undercover), my powers are the ability to stop time (because we all need a few extra hours in the day) and to read minds (because I love to know and understand how people work) and I would wear all black (my mind is thinking something like catwoman, but all that leather really wouldn't work for me!).

You can find out more about Tara, her books and connect with her using the links below:

I'd like to thank the lovely Tara for stopping by today and taking the time to answer my questions. I'm sure she'll be back on The Hippo again soon and I can't wait!
Posted by Neats at 06:00