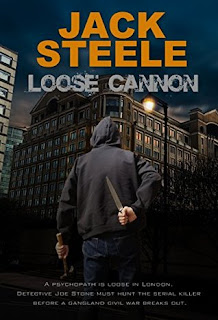 Loose Cannon is a hard-hitting, fast-paced crime thriller and one that I couldn't bear to put down.

With kind thanks to author Jack Steele for the review copy.