One Summer in France - Bev Spicer 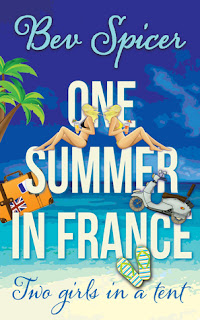 One Summer in France is a fun read that I raced through in an afternoon while sitting in the sun and enjoying a glass of wine. . .or two.

This is a light and breezy memoir of the author's student days when she spent a summer in France paid for by her university as Bev is studying French and her best friend Carol blags herself on the trip too.

It's 1979 and Bev and Carol set off with a vague plan but it soon becomes clear that what they've planned and what they can afford is quite different. Determined to make the most of their three month 'educational' trip, these two girls certainly gain a greater knowledge and understanding of life in France but I'm not sure that it's quite what her university would have had in mind.

Meeting the locals and fellow campers at a somewhat questionable campsite Bev and Carol have lots of adventures which include a moped journey to Spain to stock up on cheap port, accidentally offering themselves up for baby-sitting duties and a lesson in where and where not to look when confronted with nudists on the naturist beach!

I absolutely loved this book. As a fictional adaptation of real life it's a triumph full of humour and laugh out loud moments. Bev has a wonderful style of writing that gave the characters a real depth and warmth and by the end of the novel I wished that I was friends with them both. Not only was this a fun and heartwarming book, it was a jovial trip down memory lane and one that I would highly recommend.

One Summer in France is the first of three books in the Bev and Carol series and you can download them for just 99p/99c each until the 9th of December.

One Summer in France: two girls in a tent

Bunny on a Bike: Playboy croupiers in 80's London

Stranded in the Seychelles: teachers in paradise

But don't worry if you've already read all of these as Bev is releasing a new Bev and Carol adventure titled Memoir of an Overweight Schoolgirl on the 16th of December and you can pre-order it here. 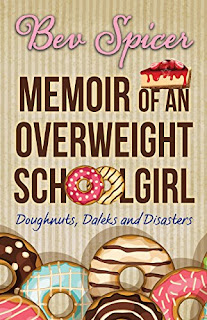 With kind thanks to author Bev Spicer for the review copy.