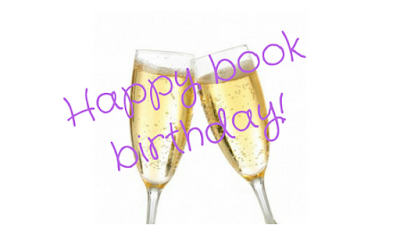 Today I'm excited to tell you about Katharine Johnson's latest release, The Secret, which, if you haven't already guessed is published today!

This is the second book set at Villa Leonida, the house at the centre of The Silence which was published last year but it’s a standalone story.

In The Silence some bodies were discovered at Villa Leonida, an idyllic holiday home, during a children’s game of hide-and-seek during a family holiday. They’re found to relate back to the summer of 1992.

A year on, in The Secret, the villa has been put up for sale. Which for elderly resident Sonia can only mean one thing – that the renewed interest and gossip will lead to the discovery of her own secret which relates to that same evening at the villa in 1992.

But while she’s desperate to keep the past hidden another resident, Carlo, can’t leave it alone. He’s determined to discover the truth about a wartime atrocity in which Sonia’s mother and his own played a part. 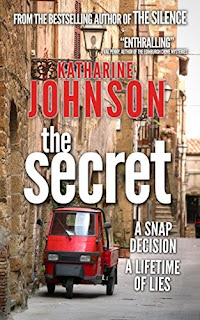 Love, lies and betrayal in wartime Italy. Two girls growing up in Mussolini’s Italy share a secret that has devastating consequences. Against a backdrop of fear, poverty and confusion during the Second World War friendship is tested and loyalties divided. But a chance encounter changes everything. The girls’ lives diverge when beautiful, daring Martina marries and moves into Villa Leonida, the most prestigious house I their Tuscan village while plain, studious Irena trains to be a teacher.

But neither marriage, nor life at Villa Leonida are as Martina imagined. And as other people’s lives take on a new purpose, Irena finds herself left behind.

Decades later a tragedy at the villa coincides with the discovery of an abandoned baby whose identity threatens to re-open old wounds. While Irena’s son is determined to get to the truth, Martina’s daughter is desperate to keep the past hidden.

The Secret is available in paperback and kindle formats now.

Katharine Johnson likes writing about ordinary people in extraordinary situations. She’s passionate about old houses and the stories they have to tell. She grew up in Bristol and has lived in Italy. She currently lives in Berkshire but spends as much time as she can in the Lucca area of Tuscany. When not writing you’ll find her exploring cities, drinking coffee, playing netball badly and walking her madcap spaniel.

You can find out more about Katharine, her books and connect with her using the links below: