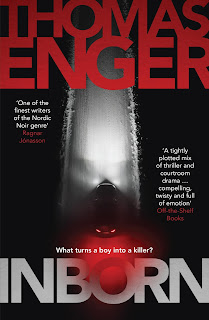 I'm thrilled to be one of today's stop on the blog tour for Inborn by Thomas Enger. This was a new author to me and one that I'll definitely be seeking out again in the future.

When the bodies of two students are discovered at a local high school in a small, close-knit Norwegian village, the finger of suspicion is quickly pointed in the direction of  seventeen-year-old Even, as one of the victims was his ex-girlfriend,Mari.

The story is told in alternating 'Now' and 'Then' chapters as we follow Even as he's being questioned in court and thinking back over the months leading up to the trial. I loved this way of discovering things and it was almost like peeling an onion, as layer after layer of the story was revealed.

Inborn is a tale packed full of secrets and lies, Even may well be a link between the victims but is he responsible for their deaths?

I really enjoyed the clever way that Enger wove the two time frames seamlessly together and I almost felt like I was a juror in the courtroom. I also enjoyed the short chapters, usually ending with a gripping hook that just compelled me to read 'just one more chapter' which meant that I raced through this book in next to no time. Although Inborn was originally written as a crime novel for the young adult audience, it has been re-written for the older market and I think that it works fabulously. Another thing to mention is that if you're a little wary of translated novels (I think we've all experienced one that's felt like wading through treacle at some point, or maybe that's just me!) you have nothing to fear with this one as if it wasn't for the fact that I saw online that it was a translated version I genuinely wouldn't have known.

If you're a fan of crime, courtroom drama and murder mystery then I would highly recommend you get yourself a copy. 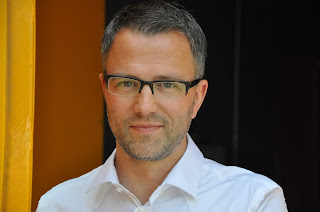 Thomas Enger is a former journalist. He made his debut with the crime novel Burned (Skinndød) in 2010, which became an international sensation before publication. Burned is the first in a series of five books about the journalist Henning Juul, which delves into the depths of Oslo’s underbelly, skewering the corridors of dirty politics and nailing the fast-moving world of 24-hour news. Rights to the series have been sold to 28 countries to date. In 2013 Enger published his first book for young adults, a dark fantasy thriller called The Evil Legacy, for which he won the U-prize (best book Young Adult). Killer Instinct, another Young Adult suspense novel, was published in Norway in 2017. Rights have been sold to Germany and Iceland. Enger also composes music, and he lives in Oslo.

You can find out more about Thomas Enger, his books and connect with him using the links below:


Be sure to check out the rest of the blog tour with these fabulous blogs: 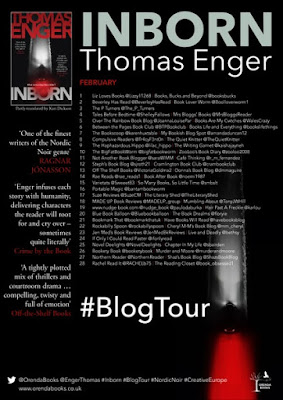 With kind thanks to Anne Cater at Random Things Tours and Orenda Books for the review copy.