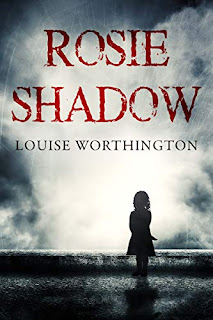 I'm just going to put it straight out there - 6 year old Rosie made my skin crawl and gave me a severe case of the heebie jeebies! What young child would threaten to rip off their mother's arm and beat them with the stump? It's not only what she says either. She likes to dig graves and bury herself in the garden, she has seemingly super human strength for a small child and she's definitely smarter than average. I'm getting the shivers just thinking about her again!

Rosie's mum Elly is terrified of her child and so she reaches out for help but is it a case of too little too late? More worryingly, was Rosie responsible for what happened?

Nearby at Shortbury Prison, Clare works as a guide at what is now a visitor's attraction. Giving tours around the former prison, Clare thinks she knows the full history of the building but her boss Archie knows much more about the place than he's letting on - and with good reason. He has a very dark secret, his life depends on him keeping it well hidden but could Clare have discovered what it is?

Rosie Shadow is the kind of book that should be read whilst hiding behind the safety of a cushion and definitely not at night before you go to sleep!  Rosie's character was reminiscent of Damien from The Omen books and just as, if not more horrifying and I was apprehensive every time her name appeared. There are a few places where you do have to suspend your belief, but isn't escapism why we read in the first place?

Louise Worthington has written a compelling story full of strong, well developed characters that build a good foundation for the start of The Black Tongue Series. It's a series that I'll be watching out for in the future and if you enjoy horror / zombie novels I would recommend that you give this one a try. 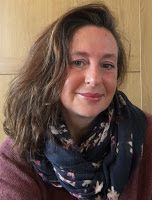 Born in Cheshire, England, Louise studied literature at the University of Essex. As a teenager she read until the small hours, enjoying the darker worlds conjured by Stephen King and Daphne du Maurier.

Louise’s first novel, Distorted Days, was described by Kirkus Review as ‘a formidable work’. Her chilling blend of the lyrical and the dark is the most gripping in her thrillers and, forthcoming, horrors.

When Louise isn’t reading or writing, you’ll most likely find her outside enjoying the Shropshire countryside with her husband or messing about with her daughter, and furry and feathered friends.

You can follow the blog tour with these fabulous blogs: 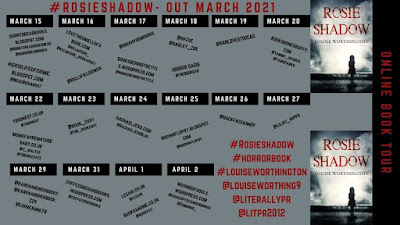 With kind thanks to Helen Lewis at Literally Public Relations Ltd for my review copy and my stop on the blog tour.