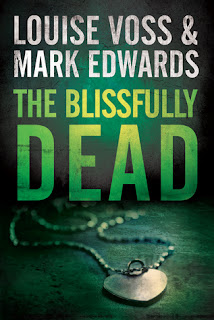 The Blissfully Dead sees the return of DI Patrick Lennon. This is his second case and it's another tremendous read.

This time the case is related to boy-band fans and social media. When two teenage girls are found dead, the only link between them seems to be their adoration of current boy band OnTarget but who would have a motive to kill them? So when another young girl is found the heat is on. Could this case be linked to the death of an OAP or is it a case of mere coincidence that she has similar wounds to the teenagers?

What follows is a tangled journey through the world of celebrity and the music industry and examining the dark side of social media.


This is a novel full of twists, turns and red herrings. I was convinced that I knew who the killer was only to be thrown totally off course when another revelation came to light. DI Lennon is a superb character, who is still battling with issues in his home life and repeatedly having to bite his tongue whenever his colleague DC Winkler is around.  The side story of Lennon's strained relationship with his wife is never a distraction from the main plot and gives him more credibility as a character. The fast pace is more than enough to keep you interested and I was really struggling to put it down.

This writing duo have once again successfully written another magnificent novel that I can't recommend highly enough and it's available to pre-order now.

With kind thanks to authors Louise Voss and Mark Edwards, NetGalley and publishers Thomas & Mercer for the review copies.