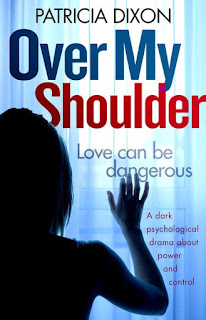 I'm thrilled to one of today's stops on the blog blitz for Over My Shoulder  by Patricia Dixon. I originally read and reviewed this book last year which has now been given a brand new shiny cover.


Over My Shoulder is a dark and deeply disturbing story about domestic abuse which won't be for everyone, but it's one that I couldn't get enough of so I'm not sure what that says about me!


Patricia Dixon was born in Manchester where she still lives with her husband. They have two grown up children and one grandson, plus the company of a lazy bulldog.

Ignoring her high school reports and possibly sound advice from teachers, Patricia shunned the world of academia and instead, stubbornly pursued a career in fashion. Once the sparkle of London life wore off she returned north and embarked on a new adventure, that of motherhood.

Now, almost thirty years later she has acquiesced to the wise words of her elders and turned her hand to writing. Patricia has written five novels set in the Loire and then, in complete contrast, a much darker story of psychological suspense.

She is currently writing her next book, a murderous tale set in the sixties and if she’s not at her desk Patricia loves to read historical fiction or attempts recipes that look great on television but not necessarily her plate. And when the penny jar is full she cashes in her coins and heads to France, the lure of red wine and escapism equalled only by the pursuance of her dream job, writing for a living.

You can find out more about Patricia, her books and connect with her using the links below:

You can follow the rest of the blog blitz with these wonderful blogs: 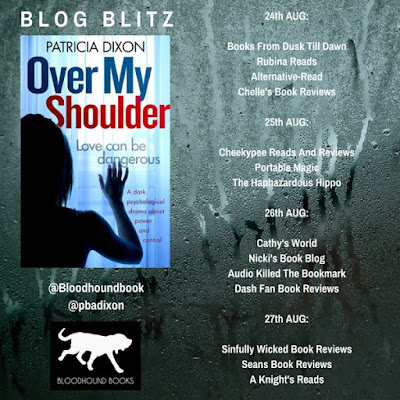