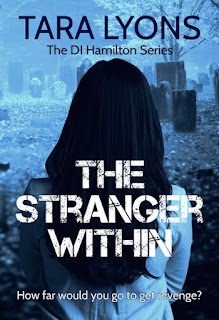 I'm delighted to be one of several blogs kicking off the blog blitz for The Stranger Within by Tara Lyons on publication day.

I love DI Denis Hamilton and I was really looking forward to hooking up with him again in this, the fourth book in a series that just gets better and better with each book.

A face from Hamilton's past is back and this time the case forces him to examine parts of his life that he would rather forget. The pressure is really ramped up when one of his colleagues is kidnapped and he's told he has just twenty-four hours to find them but with a list of multiple places to look will he find the right place before time runs out?

It's abundantly clear that the author has thoroughly researched the mental health issues raised in the book and she deals with them with such an understanding that I felt a genuine empathy for the killer. I know that there's never  a good reason to kill someone, but as I read the flashback parts of the story I could see just why things turned out the way they did.

I really enjoyed finding out more about Hamilton as well. He's a character who has his own demons but he battles through and is always focused on his job, sometimes to the detriment of his wife and although they speak, it never seems to be about the important stuff.

The Stranger Within is a breathtakingly tense and fast paced thriller that left me feeling like I'd lost a friend as I read the final words. Although it's book four of a series, I think that it could easily be read as a stand-alone but you'd be missing out on some amazing books, so I would definitely add the previous three little beauties to your TBR. *Whispers: You can buy all three in a box set here* I won't tell anyone, I promise!  😉

Tara is a crime/psychological thriller author from London, UK. Turning 30 in 2015 propelled her to fulfil her lifelong dream of becoming a writer. She studied English Literature at Brunel University and was an Assistant Editor for an in-house magazine for eight years.

In the Shadows is the author's solo debut novel published in March 2016, which later went on to be republished by Bloodhound Books after signing a contract with them in 2017. She has also co-written with New York Times bestselling author, M.A Comley - The Caller and Web of Deceit.

When she's not writing, Tara can be found at a local soft-play activity centre, bowling alley, trampoline park or cinema with her young, energetic son.

You can follow the rest of the Blog Blitz with these fantastic blogs. 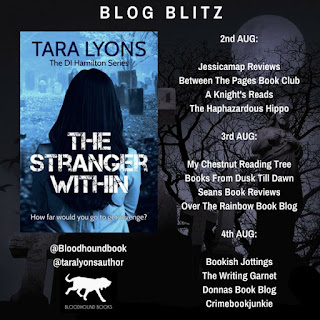