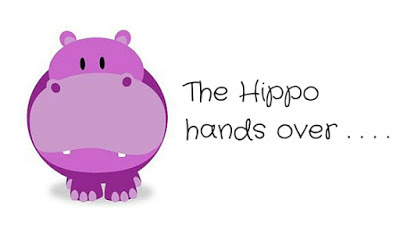 I'm delighted to be handing over to Eva Jordan today on the paperback publication day for her third novel, Time Will Tell.

Let's get things started by telling you about the book and then it's over to Eva. 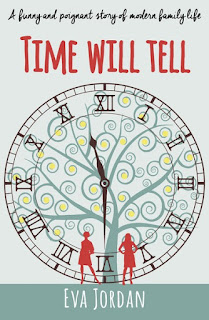 Writer, Lizzie Lemalf, and her loving but somewhat dysfunctional family are still grieving over the loss of a much-loved family member. Lizzie is doing her best to keep her family together but why does the recent death of a well-known celebrity have them all in a spin? The police suspect foul play; Lizzie and other family members suspect one another.


Lizzie begins searching for answers only to find herself being dragged back to the past, to 1960's London to be exact, and to the former life of her father, that up until now she has never been privy to. Every family has its secrets but how can the past hold the key to a present day celebrity death? They say the past comes back to haunt you. Surely the truth will out? Maybe, but only time will tell...

Sounds great don't you think? I know I can't wait to read this, hopefully very soon. While we're on the subject of the book, Eva is running an International giveaway to win a signed, first edition of Time Will Tell on her Facebook page and the winner will be chosen on Monday 29th April so don't forget to enter!. You can find the link to Eva's page (along with all her other social media links) at the end of this post.


Eva Jordan, writer, reader, and busy mum and step mum of four adult children has always enjoyed reading and getting lost in a book. As a child she loved to make up her own stories and always dreamed of becoming a writer. She got there – eventually! Bad life choices, lack of opportunity, but for the most part, a complete lack of belief in herself kept her from writing the book she always wanted to write. Holding the paperback version of her debut novel, when it was released, was one of the proudest moments of her life. Born in Kent, Eva moved to a small Cambridgeshire town in the fens when she was 6 years old where she’s lived, on and off, for most of her life. She loves the rural bleakness of the fens, which she says has a beauty all of it’s own and is completely at odds with another one of her other favourite places in the UK, namely the East End of London where her father was born and bred. However, although her father moved away from the area when he was a young man, as a child Eva and her family would often visit relatives still living there. Both places have influenced Eva’s writing and feature in her novels, 183 Times A Year, All The Colours In Between and her recently released third novel, Time Will Tell.

Well that's the book and a bit about the lady behind the words, so now it's time to hand over the reigns to the lovely Eva who is going to reveal 10 things about herself that you maybe didn't know.


I’ve recently been asked if any of the characters or the things that take place in my third novel, Time Will Tell are based on real people or events. Like my previous two novels, my third book is set in the present day; however, it also takes a step back in time to the East End of London during the 1960s. The events and characters, like the storyline, are purely fictional but I have definitely drawn on some of the experiences and stories told to me by various family members across the years.


The notorious Kray twins are mentioned in Time Will Tell. My grandfather would tell me stories about Ronnie and Reggie and how he often frequented The Blind Beggar, infamous watering hole of the Krays. However, my grandfather’s acquaintance with the twins was from a distance so thankfully he was never involved in any altercations with them.


Dunkirk and WWII – My Great Uncle Morrie was one of the 330,000 soldiers lucky enough to be safely evacuated from Dunkirk beach during WWII. Travelling home on a London bus wearing the same uniform he’d been rescued in, other passengers complained because he smelled ‘unpleasant’ – begs belief, doesn’t it!


Another Great Uncle of mine once met the serial killer, John Christie, when he was delivering furniture to the property next door to Christie’s flat. Little did my Great Uncle know at the time, or anyone else for that matter, Christie’s victims were buried within the walls and under the floorboards of 10 Rillington Place.


When I was 18, I was involved in a serious head on car collision. I lived to tell the tale but my car was a right off. However, due to shock, when the fireman attending the scene suggested cutting the roof off my car to get me out, I asked them not to as it would “ruin the car.” I did see the funny side afterwards.


That old saying “It’s never too late” is true. During my late 30’s, as a newly divorced, working mum of two small children, I decided to embark on a full-time degree. Although difficult at times, I stuck with it and in 2009 at the grand old age of 41; I gained a joint BA Honours Degree in English and History.


Whilst studying for my degree I was honoured to meet the incredible Eva Clarke – one of the youngest survivors of the Holocaust – who was born on a wooden cart at the gates of Mauthausen Concentration Camp on 29 April 1945, just hours after her mother's arrival there.


My Uncle Lloyd attended one of Freddie Mercury’s famous parties. I’m a huge fan of Queen, and I loved Freddie. Sadly though, because I was young at the time, I never really appreciated just how amazing this was for my uncle, and I never got round to asking him what the party was like, or Freddie, before my uncle passed away.
*   *


Thanks to my cousin Dean, who lives in Kent, I recently discovered that we have a Great, Great Uncle whose name is on the Menin Gate. My cousin had been doing some family research (on my mother’s side) and found we had a Great, Great Uncle, Corporal William Alfred Tuckley, who is commemorated on the Menin Gate. The Menin Gate Memorial to the Missing is a war memorial in Ypres, Belgium dedicated to soldiers killed in the Ypres Salient (during WWI) and whose graves are unknown. His recorded date of death was 17th October 1915 – he was just 21 years old.  A very sobering thought when I think of my son who is 20, and my daughter who is 22. I plan to visit soon.


I’m a huge J. K. Rowling fan, and I love Harry Potter. On 8th March 2016, in honour of International Women’s Day, I tweeted some apt words by the brave Malala Yousafzai,


“Extremists have shown what frightens them most: A girl with a book.”


Malala was shot in the neck and head by the Taliban in October 2012 in the Swat Valley of Pakistan. She was attacked because she advocated a girl’s right to an education; an idea that the Taliban fervently opposed. Malala was only 14-years-old at the time and amazingly, Malala survived.


Jo Rowling re-tweeted my tweet and I don’t think my phone stopped buzzing for 48 hours! I’d love to meet both women one-day!

Thanks so much for stopping by and taking the time to share ten fascinating things about yourself Eva. I bet there's many more where those came from!

You can find out more about Eva, her books and connect with her using the links below: