The Hippo Hangs Out . . . . with Michelle Morgan 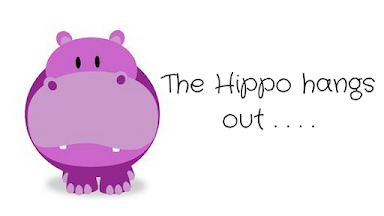 I'm absolutely thrilled to be hanging out with Michelle Morgan today. Michelle has written a plethora of books (including lots about Marilyn Monroe - a lady who I am truly fascinated by) and her latest one, The Webs We Weave, is released next week. There will be more about that later but first things first, I don't want to keep my guest waiting so let's get started with an introduction.

Michelle Morgan is the author of many non-fiction books, including the bestselling, 'Marilyn Monroe: Private and Undisclosed,' and 'The Battered Body Beneath the Flagstones.' 'The Webs We Weave' is her first novel, but certainly not her last. Michelle lives in Northamptonshire, England, and when she isn't writing, can be found reading psychological thrillers and watching reruns of Sex and the City.

A very warm welcome to The Hippo Michelle, I'm looking forward to finding out more about you, so please, pull up a chair, get comfy and let's chat! 😉

What book/books made you cry and why?
I remember sobbing when I read The Bridges of Madison County! It was the ending that made me weep more than anything, though I won’t say what bit, in case anyone hasn’t read it yet. I just remember sobbing uncontrollably in bed, because I couldn’t believe what happened. My husband and I went to see the film at the cinema, and afterwards I went to the toilet to dry my eyes, and there were a dozen other women in there, all doing the same thing! What a tear-jerker! 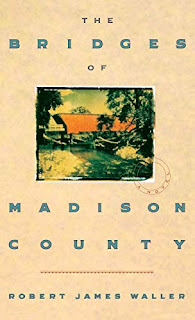 I must admit that I've never read the book or seen the film. I'm all for a good tear-jerker so I'll need to look into this one Michelle.


Did you ever consider writing under a pseudonym?
No, I’ve never considered that, to be honest. I worked for seventeen years in a management library, and hated almost every minute of it. I had this thing in my head that I couldn’t leave to go into another office environment – I had to leave to fulfil my dreams. It became something of an obsession, especially as many of the people there laughed at my dreams and told me many times that I’d never leave; that I was part of the furniture etc. Writing under my real name is a way of saying, Ha! See! I did make it! So there! 😊 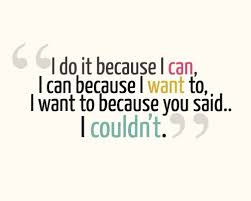 
What other authors are you friends with and how do they help you become a better writer?
I am lucky enough to be friends with quite a few writers, thanks to social media. My publisher – Bloodhound Books – has a group for all of us, and through that I have become friends with so many talented authors. I have known them since March, but it seems like forever. We’re all tremendously supportive of each other, and they inspire me every day with their work ethic, talent and ambition.

I used to have a nice social-media relationship with Jackie Collins, who has been my favourite author since the age of 15. Although I don’t write the kind of books that Jackie did, she remains my number one inspiration when it comes to writing. Her work ethic was extraordinary, and she was definitely the Queen of twists and turns. I loved her so much, and was devastated when she passed. Her last message to me was just two months before she died. She told me to keep kicking-ass! I have that message printed out and stuck above my desk. I still can’t believe she is gone, and I miss her books and her presence, every day.

Wow, that's some claim to fame! I remember spending many hours curled up with Jackie's books, Lucky Santangelo was quite a character!

What advice would you give your younger self?
Don’t worry, it’s all going to work out the way it’s supposed to. It might take a while, and you’ll have to work all the hours you can, but it will work out, so just chill!

If you could spend time with a character from your book who would it be and why? What would you get up to?
Hmm, great question! In terms of fiction, I think I’d probably hang around with Kate from The Webs We Weave, because she’s pretty funny (although a little bossy!), and she’s also a Madonna fan! We could go to a record fair together, and search for rare Madonna stuff, though we’d probably argue over who gets what!

In non-fiction, I’d have to hang out with Marilyn Monroe. She’s been my idol since the age of 15, and I’ve written 8 traditionally published books about her, and now working on the 9th. If I could spend a day with Marilyn, I’d be happy sitting in the garden, drinking tea and having a good natter about life. I think she’d be fascinating to listen to. She was such a witty, intelligent and interesting woman. 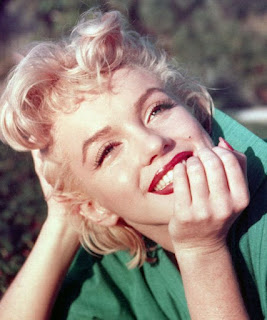 Great choices on both counts. I liked all the characters in The Webs We Weave so it would be hard for me to choose. As for spending time with Marilyn, like you, I'd absoluetly LOVE to, but that's a whole new conversation! 😉


What character in your book are you least likely to get along with and why?
Oh, definitely Helena from The Webs We Weave! She’s whiney and selfish, and just full of self-importance. She would definitely be one of those people I’d body-swerve in Tesco! I do like her style though – she loves vintage, rockabilly type clothes, and I think they’re really pretty.

You get a brilliant idea/thought/phrase at an inappropriate moment (eg in the shower or driving) what do you do?
The weird thing is, some of my best ideas come to me in the shower! I can work out plot holes and all sorts, when I’m washing my hair! LOL! If and when an idea comes to me in the shower, I just play it around in my head until I get out, and then write it down. Sometimes ideas come to me late at night as well, in which case I grab my phone and stick them into the notes section. In the morning they might turn out to be rubbish, but at least I’ve got them recorded, just in case!

What is your guilty pleasure?
My guilty pleasure is definitely watching shows like The Real Housewives of Beverly Hills and Vanderpump Rules! I absolutely love them, and even my husband watches the latter, (though he’ll probably deny it! 😊) I love them first of all because they’re both set in Los Angeles, which is a place I’ve been to many times and adore, and also because they’re both full of scandal and drama! I hate drama in real life, but in reality TV shows, it’s a necessity! LOL!

Since we're talking about drama, I think now would be the perfect time to tell everyone about your upcoming book, The Webs We Weave. (Smooth link in eh? 😏) 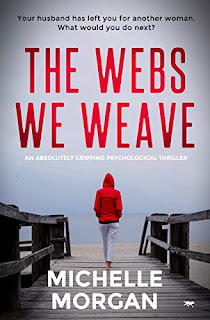 Could you ever be friends with the woman who stole your husband?

That is the question facing Jenny, when Helena appears at her door.

Five years ago, Craig abandoned Jenny and moved in with Helena. Now it seems Craig has moved onto a younger woman. Helena pleads with Jenny to help find out who the mystery woman is.

This might just be the opportunity she has been looking for. It’s not very often the chance for revenge comes knocking. But does Jenny really know what she’s getting into and is Helena really the person she appears to be?

Michelle Morgan's The Webs We Weave is set to be one of 2020's stand-out psychological thrillers. It's the perfect read for fans of domestic noir fiction, as well as for readers of authors like Louise Jensen, B A Paris and K.L. Slater.

It sounds great and I KNOW that it's a fabulous read as I was lucky enough to get my paws on a review copy so my review will be going up next week. If psychological thrillers are your thing, then this is one book that you really don't want to miss. It's published on the 23rd September (next Wednesday) and you can pre-order it now for the bargain price of 99p/99c, which in my opinion is an absolute steal for such a cracking book.

You can find out more about Michelle, her books and connect with her using the links below:

I'd like to say a huge thank you to Michelle for taking the time to hang out with me today. It's been fabulous getting to know you and I'll most certainly be checking out your Marilyn books in the not too distant future. Wishing you lots of success with The Webs We Weave, I honestly can't wait to shout about it for you! 💖