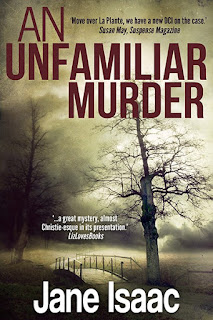 An Unfamiliar Murder was originally published in January 2012. Author Jane Issac is re-releasing this great novel in March 2016 with a brand new cover which you can see above. I read this a few years back and it's a gripping read so if you haven't had the pleasure of reading any of Jane's books I can highly recommend this one as a good place to start.

The blurb
Arriving home from a routine day at work, Anna Cottrell has no idea that her life is about to change forever. But discovering the stabbed body of a stranger in her flat, then becoming prime suspect in a murder inquiry is only the beginning. Her persistent claims of innocence start to crumble when new evidence links her irrevocably with the victim...
Leading her first murder investigation, DCI Helen Lavery unravels a trail of deception, family secrets and betrayal. When people close to the Cottrell family start to disappear, Lavery is forced into a race against time. Can she catch the killer before he executes his ultimate victim? 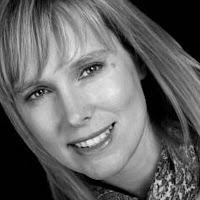 Jane Isaac lives with her husband and daughter in rural Northamptonshire, UK where she can often be found trudging over the fields with her Labrador, Bollo. Her first novel, An Unfamiliar Murder, was nominated as best mystery in the 'eFestival of Words Best of the Independent eBook awards 2013.' The sequel, The Truth Will Out, was selected as a ‘Thriller of the Month –April 2014’ by E-Thriller.com. Her latest book, Before It’s Too Late, was published by Legend Press on 1st June 2015.
In 2016 Jane will be re-releasing An Unfamiliar Murder on 1st of March. Also, Legend Press will be publishing her new title, Beneath the Ashes, on 1st November 2016.
Jane was runner up ‘Writers Bureau Writer of the Year 2013’ and her short stories have appeared in several anthologies. When she is not writing, Jane loves to travel and spend time with her family. She believes life should be an adventure.

Connect with Jane at www.janeisaac.co.uk .