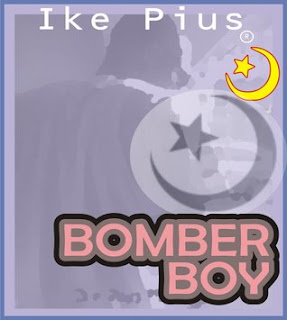 Bomber Boy is a novella which was initially intended to be a short magazine or radio feature and broken down into episodes it's a quick read.

Farouk Omar Muttab is a terrorist and when we first meet him he's just pressed the switch to trigger his bomb whilst travelling on Northwestern Airlines Flight 253. Fortunately for the other passengers onboard, the bomb fails to detonate and the flight lands safely but unfortunately for Farouk, it means he won't be going to heaven but he will be in serious trouble with the people who hired him.

This is a satirical, current story about the War Against Terror from the point of view of a would be terrorist and is quite humorous in places. The plot moves quickly enough to hold your interest and it's an interesting read that will leave you with several topics to contemplate.

With kind thanks to author Ike Pius for the review copy.