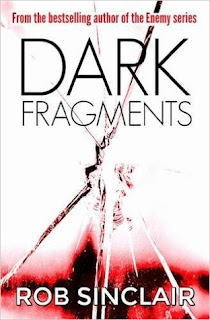 Today I'm thrilled to be kicking off the blog tour for Dark Fragments by Rob Sinclair. I've got a guest post from the man himself but first let me tell you more about his new book released by Bloodhound Books which has been described as 'clever' and 'chilling' and an 'expertly crafted story'.


Dark Fragments: an edge of your seat thriller from the best-selling author of The Enemy Series.

Outwardly, Ben Stephens appears to be a normal, hard-working family man. In reality, his life has been in turmoil since the murder of his wife, Alice, seven years ago. The killer was never caught.
Now re-married - to the woman he was having an affair with while still married to Alice - Ben’s life is once again spiralling out of control, and he’s become heavily indebted to an unscrupulous criminal who is baying for Ben’s blood.

When Ben’s estranged twin sister, a police detective, unexpectedly returns to his life, asking too many questions for comfort, it becomes clear that without action, Ben’s life will soon reach a crisis point from which there will be no return.

In order to avoid falling further into the mire, Ben must examine the past if he is to survive the present - but just how much pressure can one man take before he breaks?

Dark Fragments is a fast-paced thriller with a blend of mystery, suspense and action that will appeal to readers of psychological thrillers, as well as a broad section of crime, thriller and action fans. If you like authors like Mark Edwards, Robert Bryndza and C.L. Taylor you will love this unforgettable thriller.


There's not long to wait if you want to read this as it's available from the 8th of November and you can pre-order it now here.


Rob's first novel, Dance with the Enemy, was published in June 2014 and is the first in the Enemy Series following embattled intelligence agent Carl Logan. Rise of the Enemy, the second book in the series, was released in April 2015, with the third book, Hunt for the Enemy, being released in February 2016. The Enemy series has received widespread critical acclaim with many reviewers and readers having likened Rob's work to authors at the very top of the genre, including Lee Child and Vince Flynn.

I asked Rob to tell me ten things that you might not know about him, so lovely readers, I'll hand you over to the man behind the words. 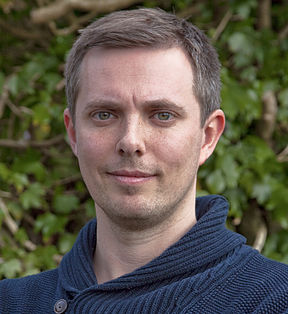 I started writing as a bet with my wife! Its true! Up until my late twenties I’d never before attempted to write fiction, or even thought about it to be honest. (And, I know I shouldn’t admit to this, but I wasn’t really a big reader either). I think I’ve always struggled a little with books because I find it so hard to find ones that I truly enjoy (same with movies). I have a really short attention span and I guess I can be overly critical and am always looking for holes. So, winding back a few years, when I was on holiday with my now wife, and having had the time to read a few books in quick succession (which is a rare thing for me, particularly these days with two young kids), I was becoming increasingly frustrated with the books I was reading, and said something along the lines of ‘I bet you I can do that.’ So I did! I didn’t know back then that I’d actually fall in love with the craft but that’s how it all started.

Me and my wife lived in New York for 18 months and it was one of the best experiences of our lives! Prior to me being a full time writer I was a forensic accountant for a large accountancy firm (where I met my wife and where she still works). We were both lucky enough to arrange a secondment out to New York as part of an exchange program, so in October 2006 (10 years ago, I can’t believe that!) we moved to Manhattan and found a fabulous apartment on the Upper West Side just a stone’s throw from Central Park. Hard work aside, it was an incredible experience and I’ve longed to go back there ever since returning to England in 2008 (with us getting married and having two kids since then we’ve not yet had the chance!).

I think I might be addicted to chilli's. I don’t know how this started but I very rarely go a day without some sort of spicy food, and the hotter the better! I absolutely love things like curry and Thai food and if I’m not eating those it’ll be pizza covered with fresh chilli or Mexican drenched in habanero hot sauce, or chicken wings drenched in Frank’s Red Hot sauce (a fetish I developed in New York (other chicken wing sauces are available)). In the middle of writing this I’ve just been to my kitchen to count and I have 32 different varieties of hot sauces or chilli's currently!! When I met my wife she didn't eat much spicy stuff but she was quickly converted, and my two sons have been roped in to this now as well. I’m always immensely proud when we go out for pizza and my 5 year old son asks for fresh chilli on his, or we go for a balti and he eats all of the chilli pickle with his popadoms . The waiters and waitresses can never quite believe it, but he always eats it and usually steals some of mine too!

I once ran a half marathon when it was minus 10c outside! We lived in New York at the time and I’d only recently taken up long distance running with a few guys from the office. There was a half marathon in January in New York that was two and bit loops around Central Park, and it just happened to be in the middle of a massive cold snap. I started the run wearing ski socks, trousers, a t-shirt, skiing base layer, a long-sleeved top, hat and gloves. Pretty soon, even in that temperature, I was way too hot and every time I passed my wife - who kept dashing across to the other side of the park to see me - I’d give her another item of clothing or two! For whatever reason, I actually ran my best ever half marathon time that day, and I’ve always enjoyed running in the cold (though maybe not minus 10) ever since.

My Dad is a CBE! A Commander of the Most Excellent Order of the British Empire, to give his full title. Don’t really need to say much more, but how cool is that?!

My Enemy series books feature the main character Carl Logan, a somewhat damaged and loner of an intelligence agent. The inspiration for his character comes from all over the place inside my muddled mind, but, his name was inspired by the X-Men! I’ve long been a big fan of comic book heroes and love movies like Christopher Nolan’s Batman trilogy. But the Wolverine - aka Logan - is one of my all time favourite comic book characters. Wolverine does, in many ways, share similarities to Carl Logan in terms of his image and personality ... except for the big claws and superhuman strength and immortality and all that.

When I was a child I cracked my big brother’s head open with a rock ... it was an accident, honest! I actually can’t recall the incident itself - just the moment my Dad went running off with my brother in his arms, the gaping wound in his head bleeding all over the place. We were at the seaside and both of us kids were innocently throwing stones into the sea. I was only four or five but, following my big brother, was picking up bigger and bigger stones ... and, well, the rest is history. Was I actually aiming for my sibling’s skull? To this day, nobody really knows.

My new book, Dark Fragments, actually has a lot of ‘me’ in it. It’s the first book I’ve written that is about normal people, rather than the world of espionage and specially trained elite agents. What you get in Dark Fragments (if you take out the adultery and murder and the violence and some of the other nasty things!) are a lot of experiences that really have happened to me and my family (though sexed up a bit to make them more fiction worthy!).

I once got 100% on an A-level maths exam! Obviously I was doing A-levels at the time, and maths had always been one of my better subjects. I remember coming out of the exam (Pure Maths) and thinking, ‘I don’t think I got anything wrong there.’ And I was right! Somehow though I still only got a B on A-level maths overall, so I was clearly working harder in some areas than others (I hated Mechanics).

My marriage proposal almost didn't go to plan. I took my wife away for a short Florida break to Fort Lauderdale (when we were living in New York). I’d already bought a ring and had successfully hidden it through airport security, and when I got down on one knee later that day in our hotel room, fumbling both for the ring and for some words to come out of my mouth - I’d tried my best to think of something cool to say, but I was completely tongue-tied in the moment - my wife simply looked down on me in some sort of bemusement. Or was it amusement? I of course did eventually say something (I’m not quite sure what), and she did say yes in response!! But the first thing she then said as I straightened up was along the lines of, ‘I had no idea what was wrong with you, I thought you’d fallen over and hurt yourself!.’ I’d say proposing was probably the most nerve-wracking thing I’ve ever had to do - but at least she said yes!

If you'd like to find out more about Rob's books you can visit his website here and be sure to follow the Dark Fragments blog tour on these fabulous blogs. 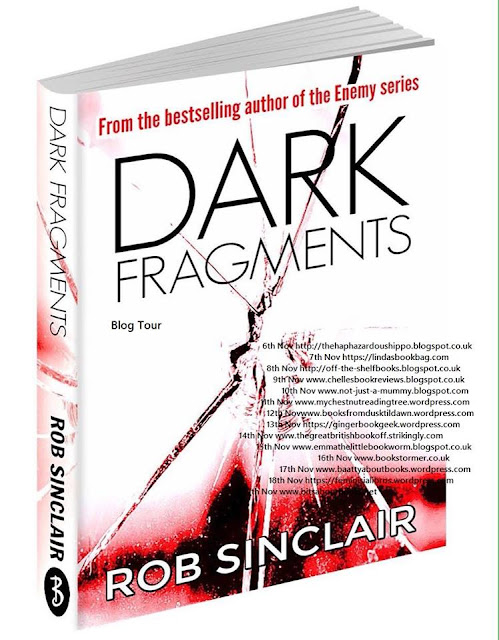 I'd like to thank Rob for taking time out of his busy schedule to write this guest post and to wish him lots of success with his new book.