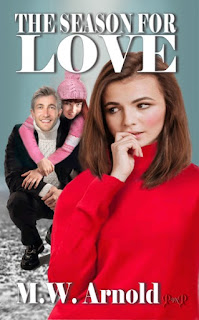 It's been eighteen months since Chrissie Stewart's husband, Richie, died and she's still struggling, blaming herself for his death, visiting his grave daily and having conversations with him via her special diary.

Shutting herself away from friends and family, she's become a shadow of her former self but this is how she feels safe, cocooned in her own little world, oblivious to things going on around her.

She regularly sees a man visiting a nearby grave but it's not until an unfortunate encounter at her local supermarket, that the pair strike up a proper conversation.

Meeting Josh Morgan is a turning point in Chrissie's life. The two of them seem to have a lot in common and they soon become friends. Josh's friendship is a real comfort to her and she feels that she can open up and talk to him about things that she has never told anyone close to her before. Chrissie feels a real connection but when she meets his young daughter, Lizzy, Chrissie soon finds herself wondering just how close their connection could be.

The Season for Love is a wonderful story about loss, friendships, love and new beginnings. Knowing how devastating it can be to lose someone close to you unexepectedly I could really sympathise with Chrissie. It was obvious that she and Richie had a very loving relationship while he was alive and when I found out exactly what had caused his death I could understand why she would blame herself and my heart went out to her. To see her coming out of her shell and getting back to her old self was heartwarming to read. Chrissie's sister Deb and her best friend Annie were delightful characters, always there to support her but prepared to dish out some tough love when they felt it was necessary and I adored Lizzy's older than her years attitude and the relationship she had with Josh.

For a debut novel, M.W. Arnold has written a beautifully feel good read that's perfect for curling up with at this time of year and one that I would highly recommend.

The Season for Love will be released on December 16th and is now available for pre-order. 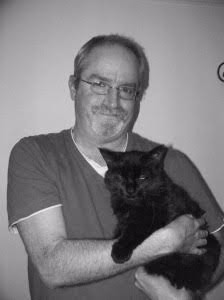 Mick is a hopeless romantic who was born in England, and spent fifteen years roaming around the world in the pay of HM Queen Elisabeth II in the Royal Air Force, before putting down roots, and realising how much he missed the travel. This, he’s replaced somewhat with his writing, including reviewing books and writing a regular post at the Novel Kicks blog site.

He’s the proud keeper of a cat bent on world domination, is mad on the music of the Beach Boys and enjoys the theatre and humouring his Manchester United supporting wife. Finally, and most importantly, Mick’s a member of the Romantic Novelists Association, with the forthcoming publication of his debut novel The Season for Love.

You can connect with Mick by using the links below: 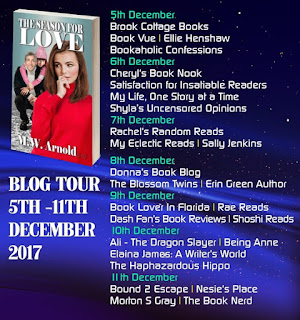 With kind thanks to Rachel at Rachel's Random Resources for the review copy and the invitation for the blog tour.